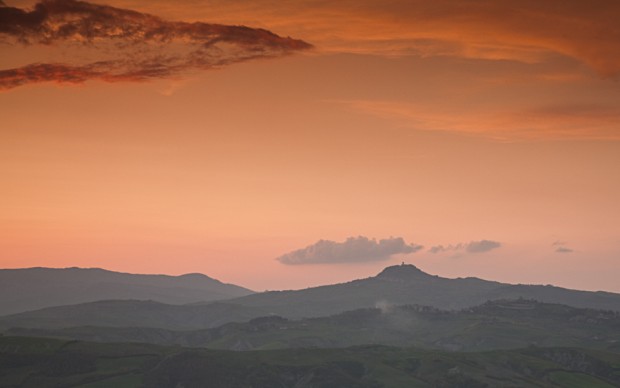 Following the ancient Via Cassia, our photography workshop follows the Grand Tour route.

The Val d’Orcia,  famous and  beloved site of modern photographers and artists in Tuscany,  to the traveller of yore it was just a desolate region to be got through.

For nigh on a thousand years Rome had been the goal of pilgrims following the ancient Via Cassia known in the Middle Ages as the Via Francigena, the road of the Franks. 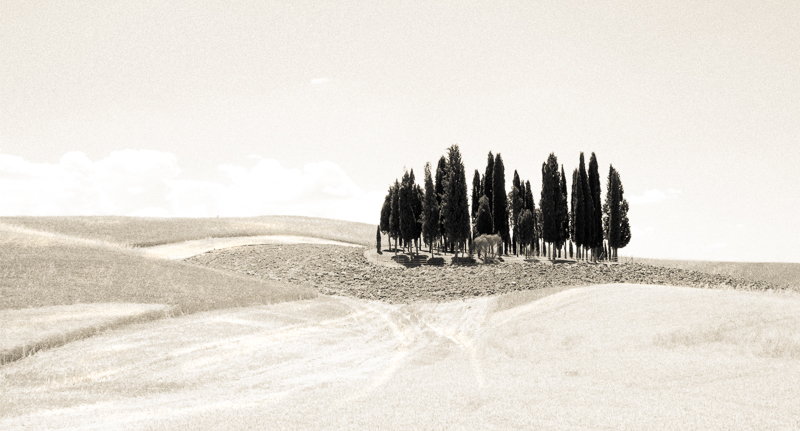 Val d’Orcia from the ancient Via Cassia, road to Rome

From the mid 17thC until the railway age mainly British and Prussian aristocrats followed the same route on the Grand Tour, a heady mix of culture, adventure and sex that could last months if not years. 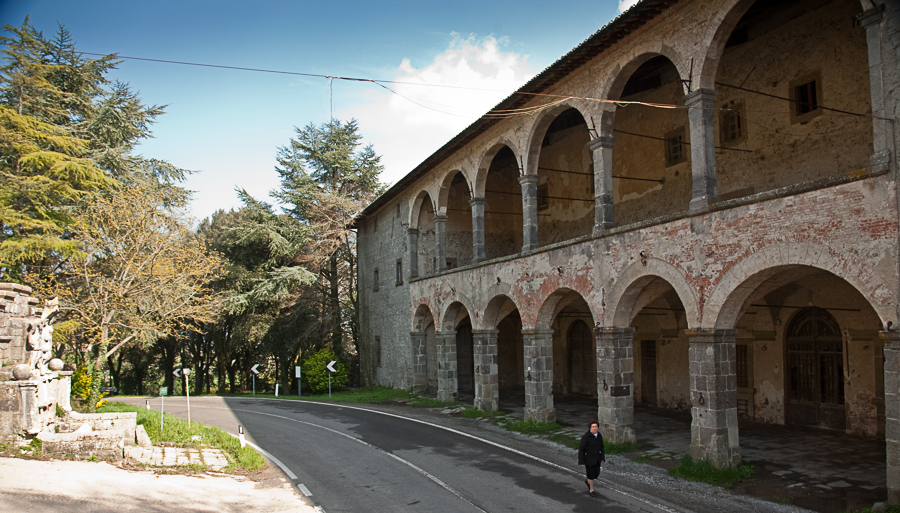 The abandoned Medici Post House -horse trough on the left

To this end coaching inns or post-houses were built every 20km or so. The only more or less intact surviving example is the Medici Post House atop a hill south of Sienna on what were the borders of the Papal States at Radicofani. 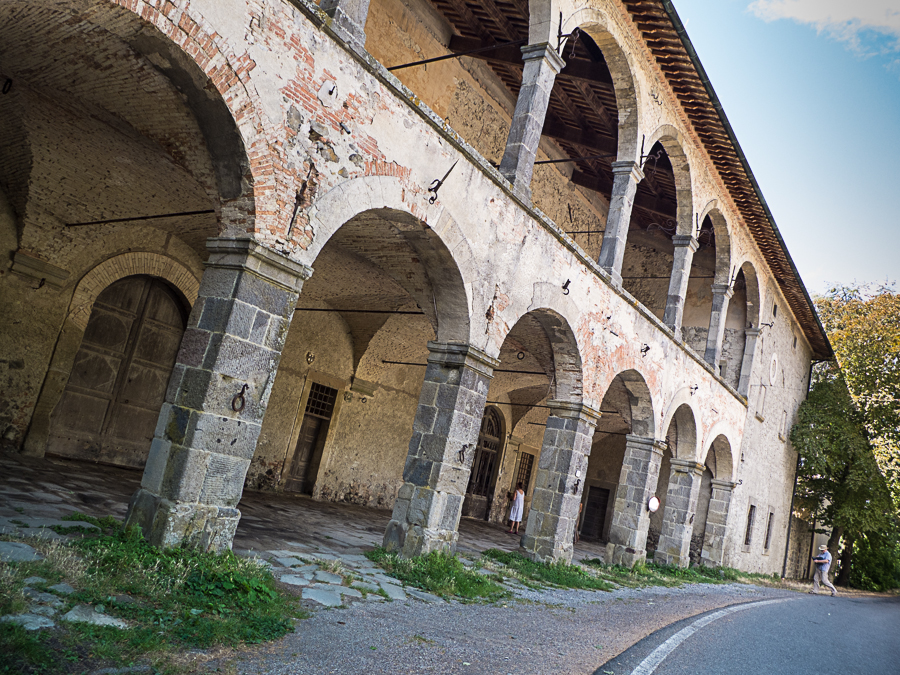 The dilapidated,melancholic but beautiful facade

The Val d’Orcia may be beloved of modern photographers and artists with its windswept clay hills each one apparently topped by a picturesque farmhouse with a row of cypresses, but to the traveller of yore it was just a desolate region to be got through. 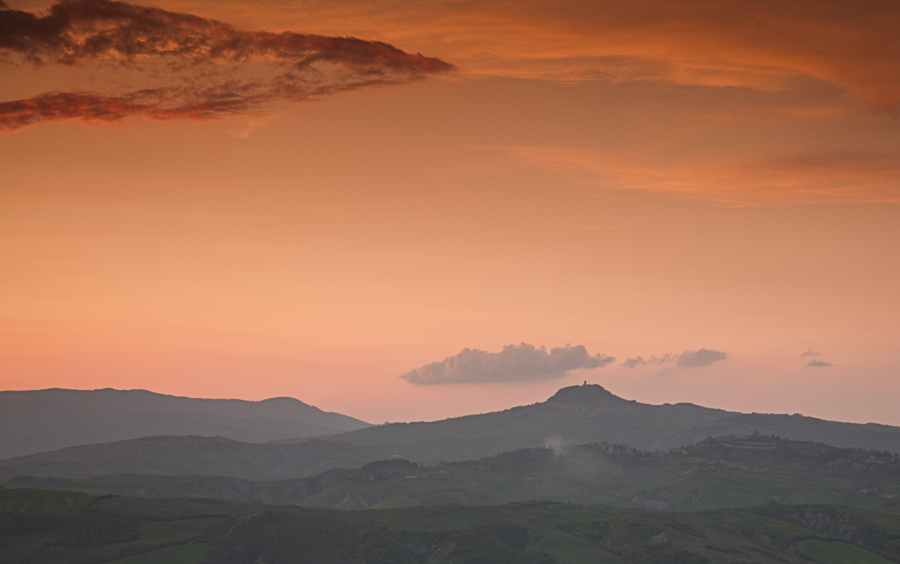 Radicofani in the badlands south of Sienna, a staging post on the Grand Tour

“Such is the region before arriving at Monte Radicofani, a terrible black hill on whose peak we had to lodge for the night. The ascent was extremely arduous and difficult…”  Thomas Gray who accompanied  Horace Walpole through Italy in 1740. 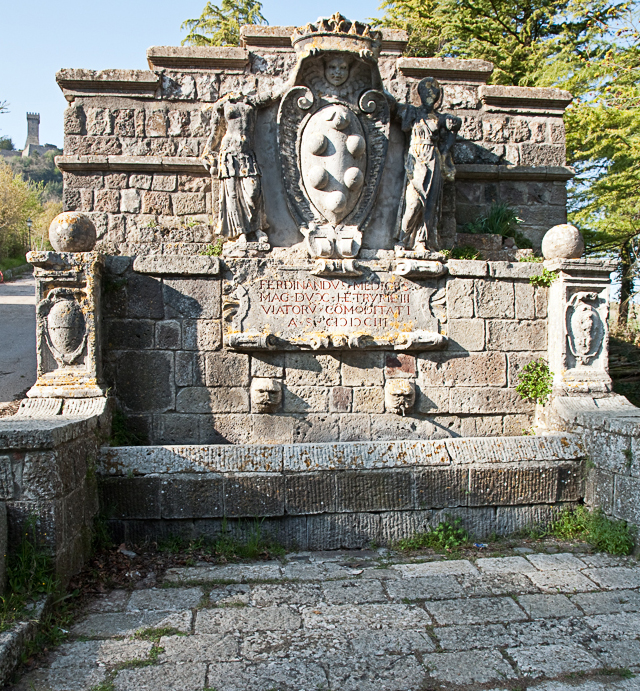 Horse trough with Medici arms: 6 balls like those of the pawnbroker represent banking.

Travellers diaries are full of lurid descriptions of the avidity, deviousness,  unscrupulousness and possibly worst of all for men of their station, impertinence of the ostlers and postilions. What is more they were all armed with long knives and more than ready to use them.

Here is a page from William Turner’s sketchbook of Radicofani with the fountain in the foreground, the town and castle in the background. He appears to have been sitting on the first floor loggia. Sadly the town received a battering in World War II seeing as it was atop a hill from which the entire valley could be surveyed. 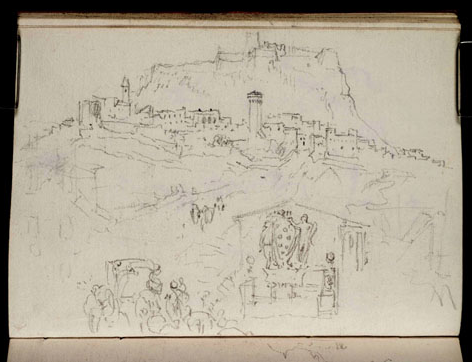 The Medici fountain by William Turner 1828.

The Tate Gallery has wrongly described the sketch above as a view of Orvieto. He was in fact on his way to Orvieto where he was to paint one of his most celebrated Italian landscapes. 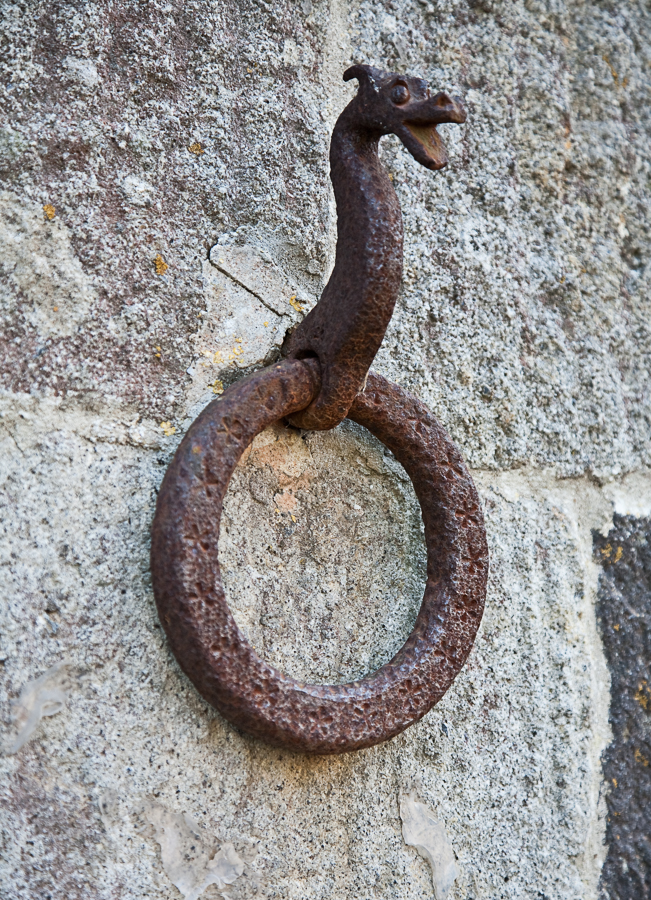 The castle topped hill can be seen from far off in every direction and though it may seem romantic to us, in the past it must have had a dark and sinister air. Apart from anything else this was bandit country and at the very least they were likely to be fleeced by the locals. 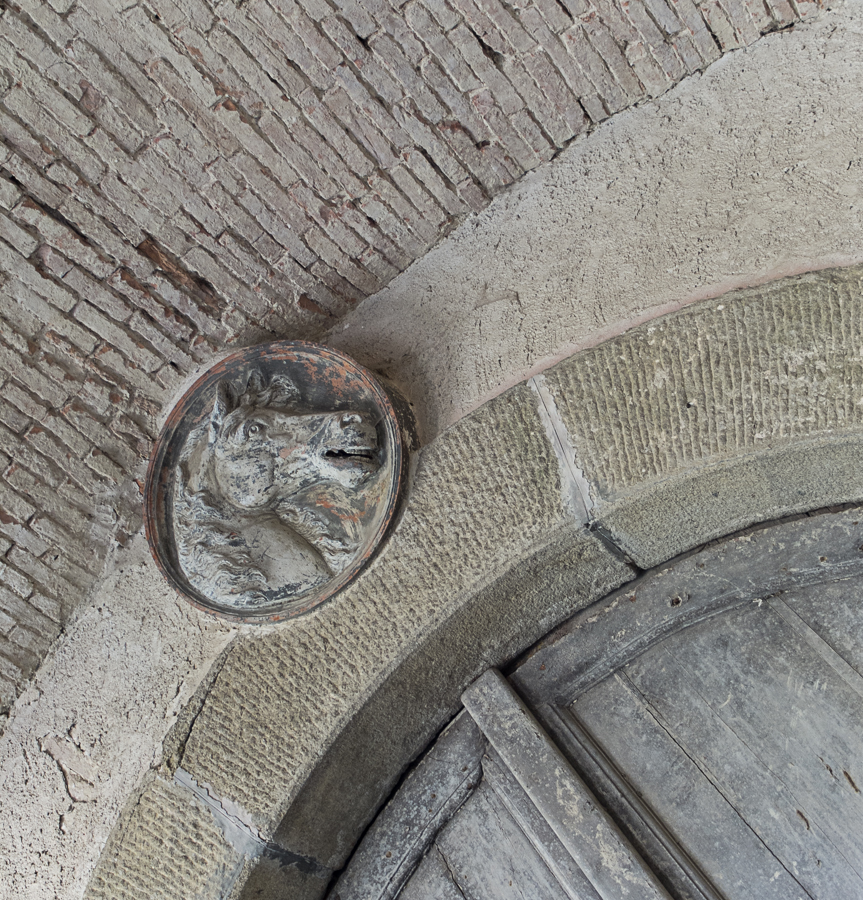 Entrance to the stables

The ‘milord’ may have had practically unlimited funds, but travel was tough even for him in those days. A night in a place like the Posta Medicea would have been by our standards uncivilised. It stands at a breezy (in summer) 800m  (2500ft), the rest of the year it was windswept and freezing. 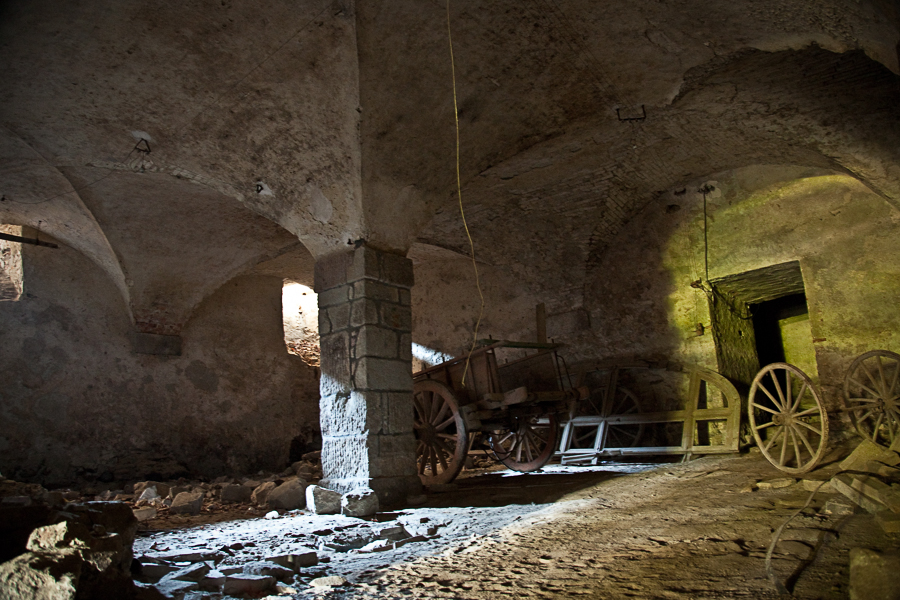 Rooms had no doors, the windows no glass, bedding was infested with parasites, rooms perishingly cold, the food despicable – all so unpleasant in fact that ‘milord ‘ often preferred to spend the night with his own blankets in his carriage with his horse in the cellars. There is no reason to suppose that other post houses were very different, they varied only in their elevation.

When we went there in 2013 on a Camera Etrusca tour round the Val d’Orcia we found the cellars easy enough to get into, but sadly the rest of the building upstairs is securely locked.

Camera Etrusca photo tours and workshop  has always a day dedicated to see the Val d’Orcia and the area around Sienna. We normally start on Fridays. A small group will be guided by Patrick Nicholas to discover hidden treasure to photograph. Read more on Typical one week photo workshop holiday in Tuscany and Umbria – Italy or contact us to book a custom tour or more info.

Radicofani and the Grand Tour – Part 2