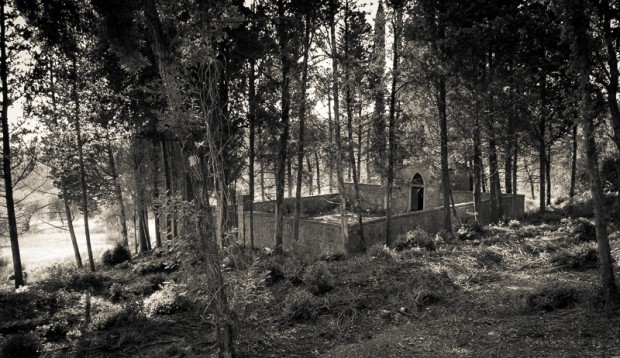 Beneath those rugged elms, that yew-tree’s shade
Where heaves the turf in many a mould’ring heap
Each in his narrow cell for ever laid
The rude forefathers of the hamlet sleep

Gray’s Elegy in a Country Churchyard (written in Stoke Poges)

The drift from the land from the 1950s onward has left many Italian villages without any of their original families, resulting in abandoned ‘campo santi’, the village cemeteries. Chianti has become gentrified and just as Gray’s farming village of Stoke Poges has become the abode of bankers and stockbrokers, mean Chianti cottages are now owned by wealthy Florentines as holiday homes, or more commonly foreigners – the Italians do not call this area Chiantishire for nothing. 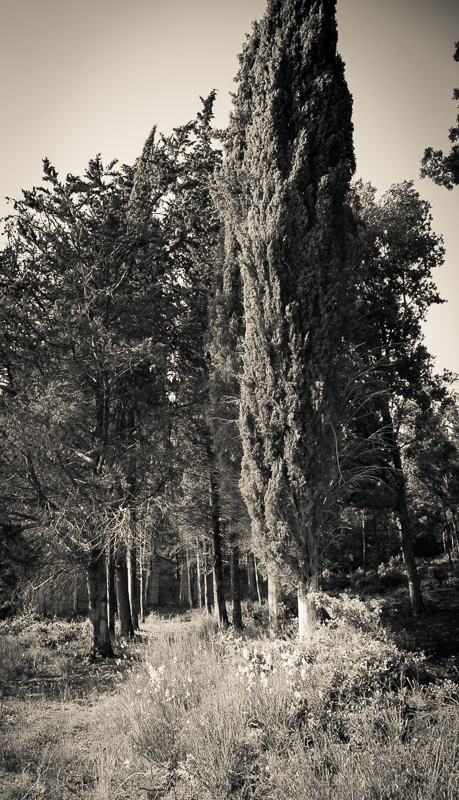 The cypress avenue in Castellina in Chianti (SI)

I came across this cemetery near Castellina in Chianti and only spotted it because the oak wood around had been thinned for firewood. In fact it was the cypress avenue I spotted first. The cypress has symbolised mourning since its branches were used to garland statues of Pluto, god of the underworld. 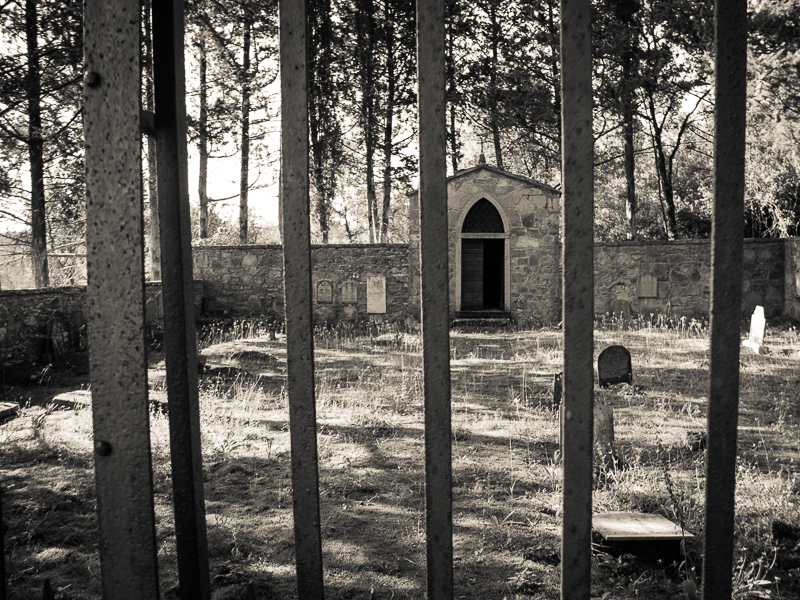 Cemetery gate with the funerary chapel at the end

A campo santo is melancholy at the best of times, but one that has no one left to visit it, to tend the graves, to leave flowers, not even on occasion of the day of ‘i morti’, All Hallows, when Italians traditionally return to the graveyard of their forefathers, especially so. 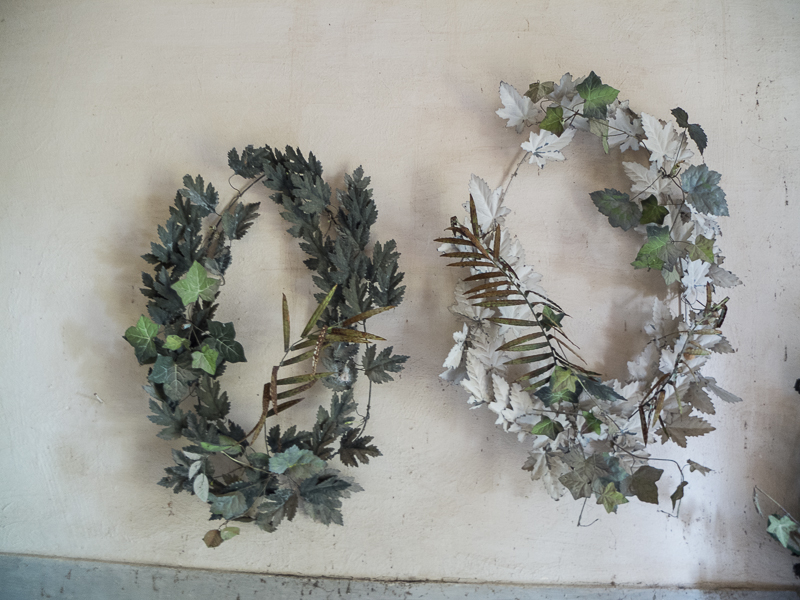 Tin wreaths inside the chapel

In the middle of the chapel floor is the disk that covers the charnel chamber where the bones from the campo santo outside would have been  brought in to release space. 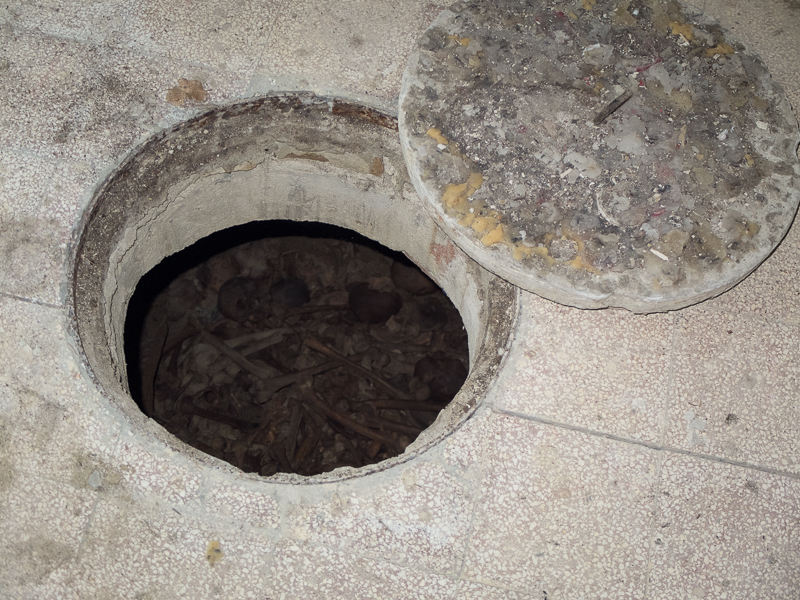 I lifted the lid to reveal chamber below. As Hamlet said while musing on Yorick’s skull in the graveyard “….to my lady’s chamber and tell her, let her paint an inch thick, to this favour she must come” 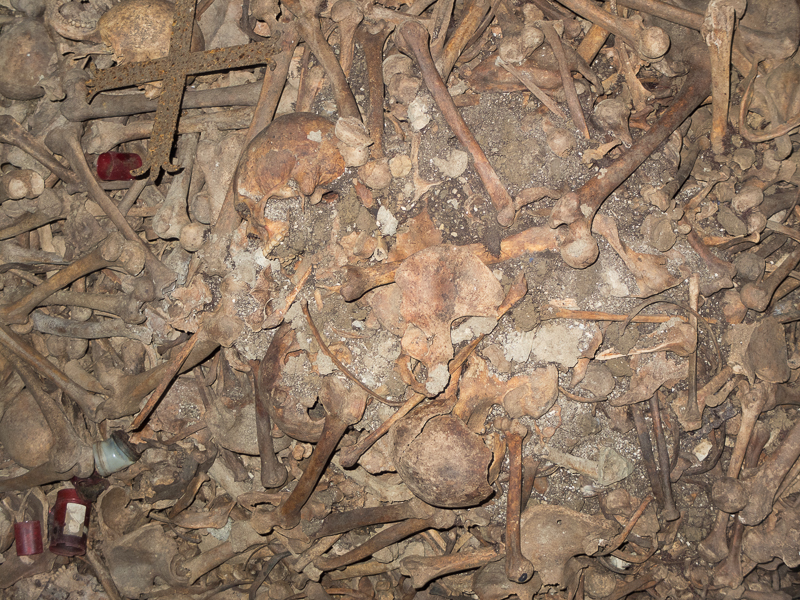 In a cathedral or important church it cost more to be buried within the church, dearer still in the chancel near the saint’s relics before the altar: thus the expression ‘the stinking rich’. 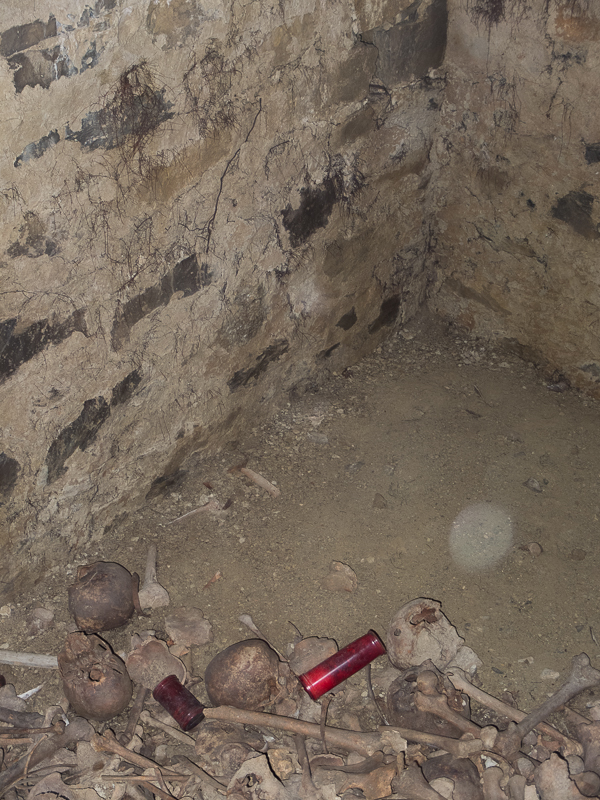 In the cemetery I found the mournful memorial to Valeria Baroncelli, beside a posy of faded plastic flowers. 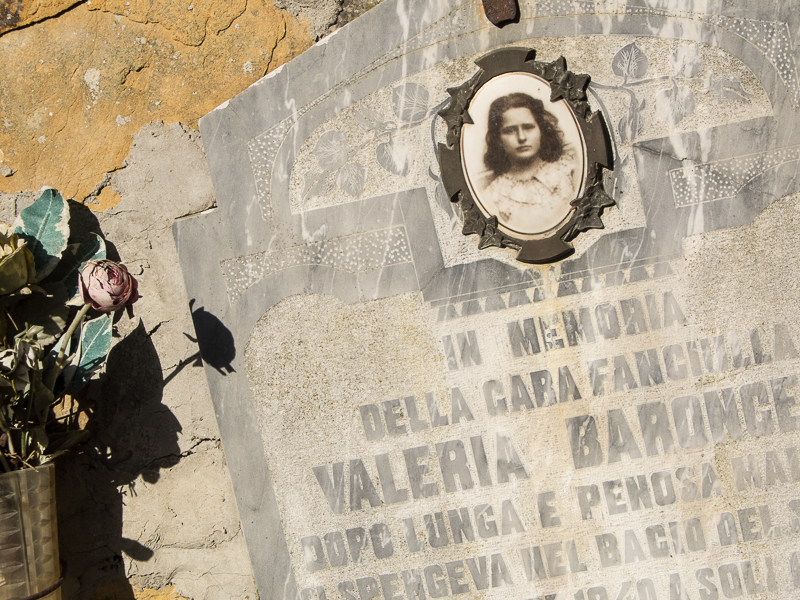 The stone says she died aged only 17 after a long and pitiful illness on 5th November 1940. I reflected that it would be quite selfish of me to dread my own death after a comparatively long, fruitful and interesting life when Valeria had been taken so young. 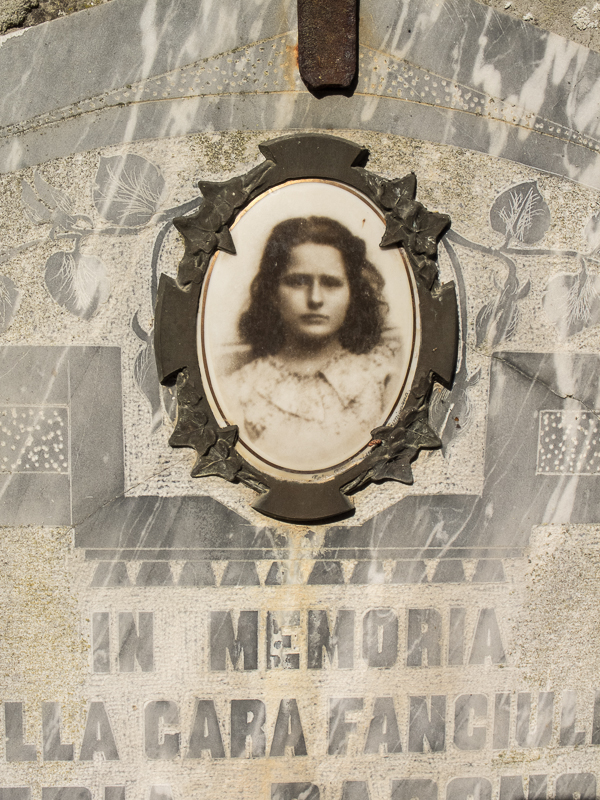 She was from a family of obscure Chianti  rustics but I find her image hauntingly beautiful. As I wrote this last line I heard quite by chance Dowland’s ‘Lachrimae’ on the radio.

One comment on “Hidden Treasure to photograph: the campo santo, a gem found in an abandoned cemetery in Chianti”