I started my photography career in the early 1970s so I have thousands of slides and large and medium format transparencies in my archive. Every now and again I need to pull one out and scan one for some reason. Here are a few that I have pulled out from the box.

A year in Egypt

I spent a year in Egypt from 1978-1979. I went there as a tourist and stayed (much as I did five years later in Italy except I’m still here). I found a job as an art director and illustrator in Egypt’s first advertising agency to open after the Soviet period, Radar Advertising later taken over by Mccann-Erickson. I was paid the princely sum of 60 Egyptian pounds (about £50 sterling) a month. Given that a Stella beer cost one pound and my rent in Heliopolis was 15 pounds a month that did not leave much beer money. 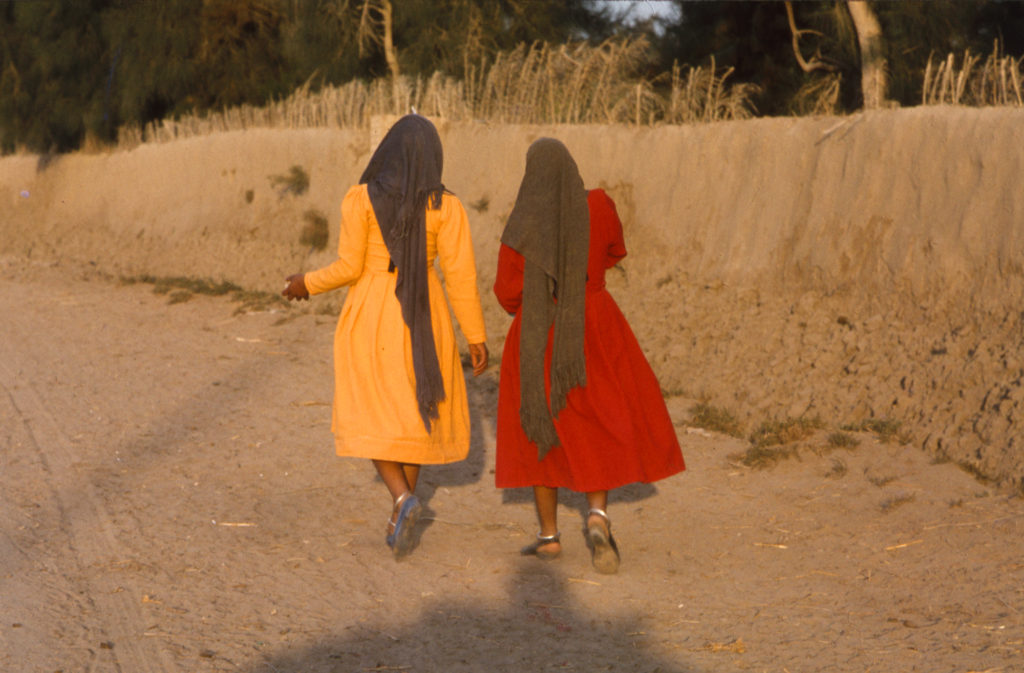 A Trip to an Oasis

I shot these brightly dressed Bedou women in the Fayoum oasis in 1979. My friend was driving me in her Renault 5 which luckily had a sun-roof. I popped my head through and got just one shot before they turned, covered their faces and hurried shyly away. The film was Agfa slide which had a very warm hue compared with the coldish saturation of Ektachrome or the slight green in some circumstances of Kodachrome – not that any of this matters in the digital age. 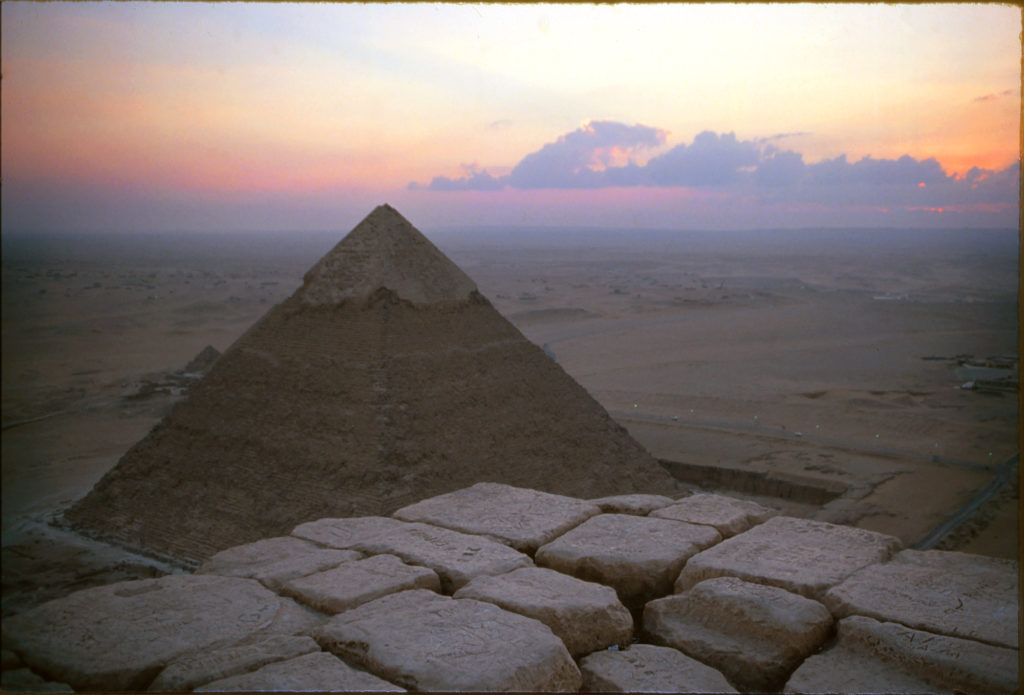 View of Chefren from summit of Cheops

In the late 1970s you could still climb the Great Pyramid of Cheops for a small ‘fee’, or baksheesh, to the dragoman in his galabeya who stood guard at the base. I was informed by a resident that you should give a just a few piasters, no more than 25 – if you gave too much he would feel honour bound to guide you up to the top. 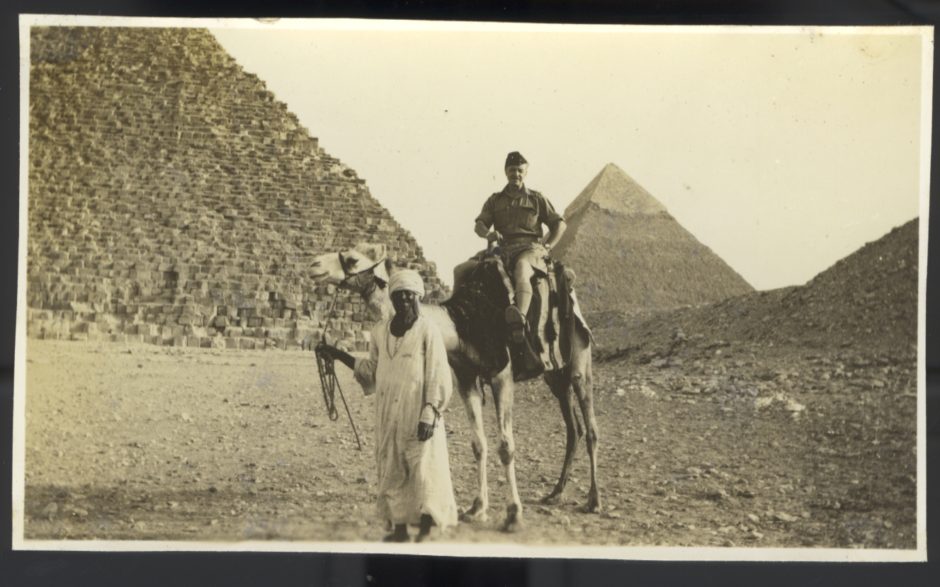 My grandad Major ‘Pat’Somerville in 1941

The flat summit has a heavy iron pyramid shaped mast placed there, quite why I have no idea, perhaps to give an idea of its original height. The stones had all been incised on every available surface with names. I have read that even in the 19th century the guides filled the graffiti with gesso so that the pyramid presumably did not get chiselled down to its foundations. I managed to get a blurry self timer pic by resting the camera on a stone. 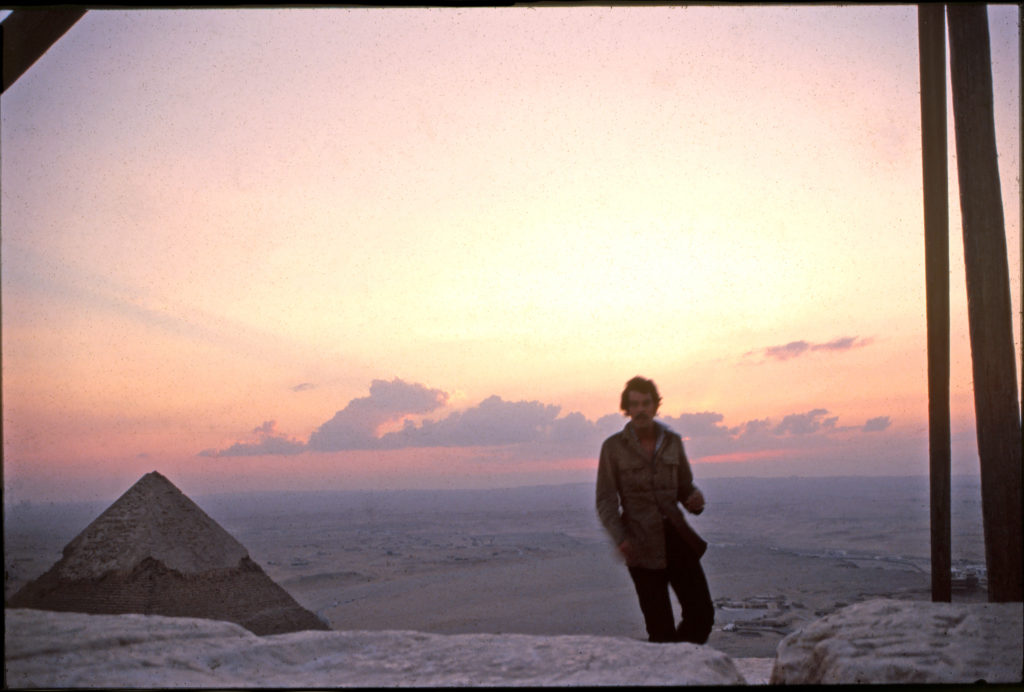 I do not have a very good scanner for 35mm, the Epson 4990 is really designed for medium and large transparencies. That said, the dust on this slide was exceptionally sharp! I still use film occasionally with my old medium format cameras which still work as well as ever and give a fine high quality transparency or negative. 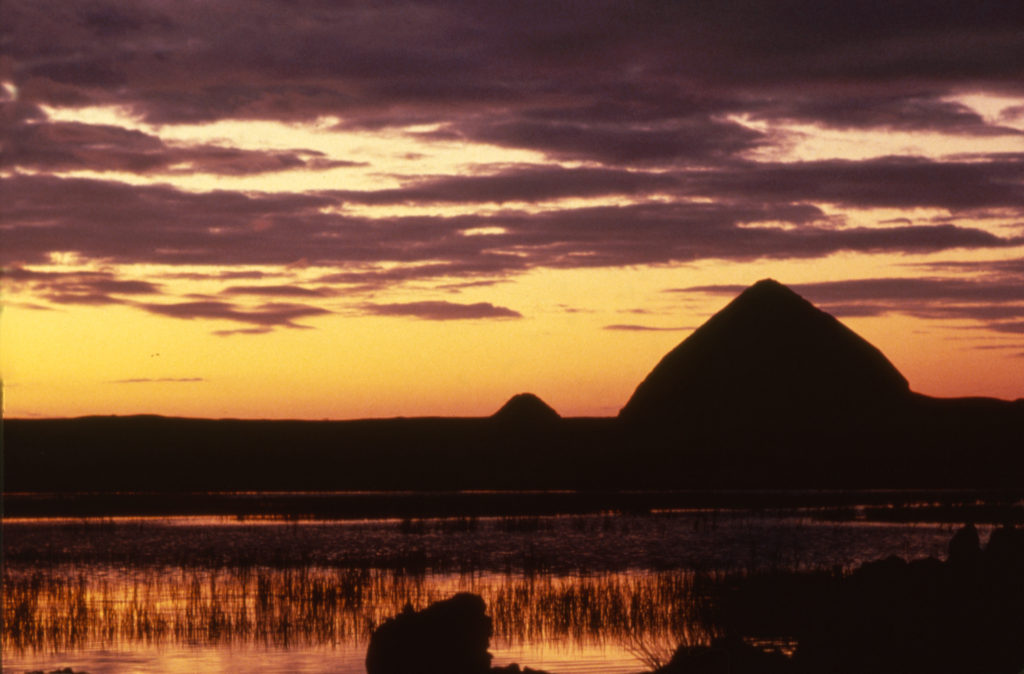 Running for our Lives

Cairo was an easy place to hate: huge, dirty, dusty, noisy, chaos incarnate – and that was in 1979 I imagine it is even worse now. At least it was very safe then, and full of hope. It was the time of Sadat. I left Cairo on Christmas day for lunch in Helwaan with a friend after which we set off for the Bent pyramid of Sneferu at Dahshur. I had read that inside were perfectly preserved beams left over from its construction.

But there was a problem – in those days it was in a military area. The only guard on the dirt road leading to the site was an old fellow wearing a scruffy galabeya – but he did carry a rifle. I said to my mate David, “If we amble along to that big sand dune we could probably cross behind it unseen, let’s try.” We did, and a shot rang out. We came back very humbled to be greeted by a torrent of Arabic. We thought, given his un-agressive demeanour, that he was essentially apologising, “I had no choice you understand?” We warmly shook hands, no hard feelings.
Next post: medium and large format transparencies or trannies as we called them.