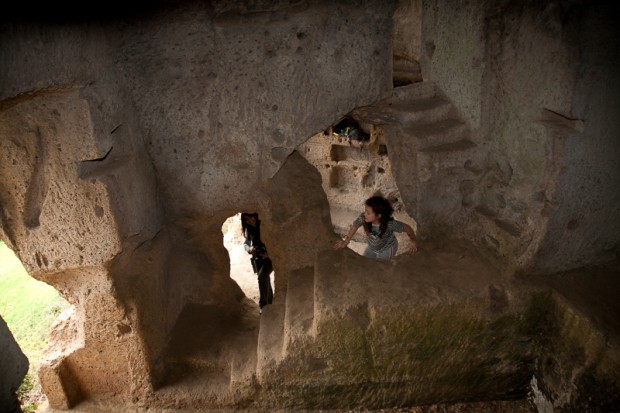 One of the interesting lost sites within an hour of Orvieto we made a Camera Etrusca excursion to the hermitage of Ripatonna.

Much of what is now known as northern Latium north of Rome on the borders of Tuscany was until the 1930s a veritable wilderness. 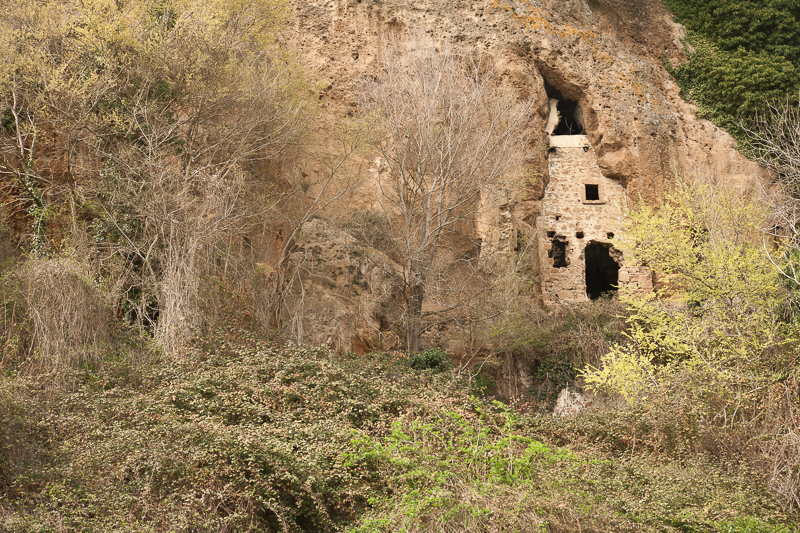 The cliff dwellings of Ripatonna on the Tuscan Latium marches, a veritable wilderness until fairly recently.

Saracen pirates had scourged the area and malaria had done the rest. 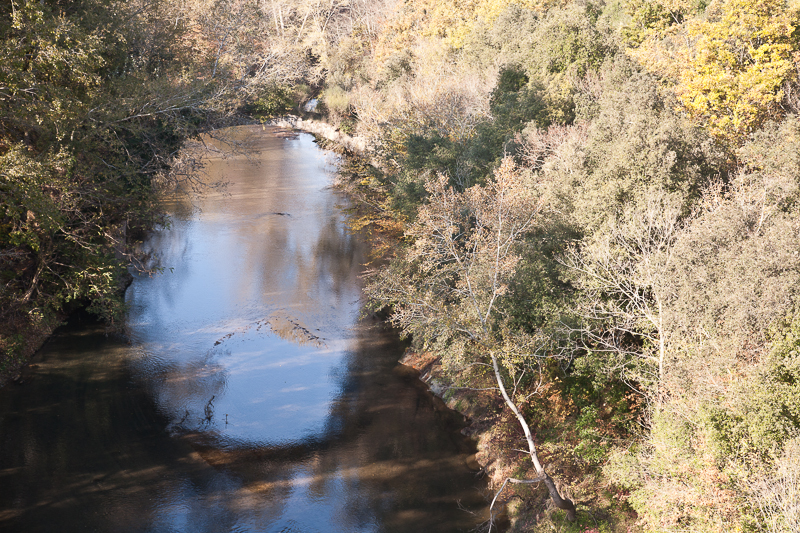 The Roman single span bridge over the river Fiora. The arch, an Etruscan invention, is still standing with absolutely no maintenance.

Not surprisingly the region was infested with bandits and outlaws, but also with hermits, lepers, outcasts, monks and nuns. Many of latter led a troglodyte existence hollowing out dwellings in the soft tufa cliffs along the river Fiora. 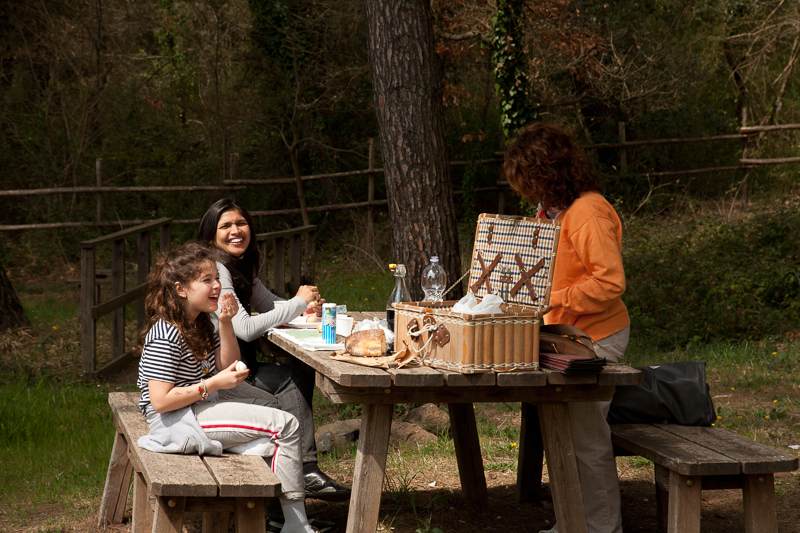 a picnic in the Selva Lamone forest before we set off.

Ripatonna Cicognina was inhabited by a community of about 200  between XV and XVII centuries. There was a church which once had frescoes by the Sienna School depicting Sant’Antonio Abate, the first Christian hermit. 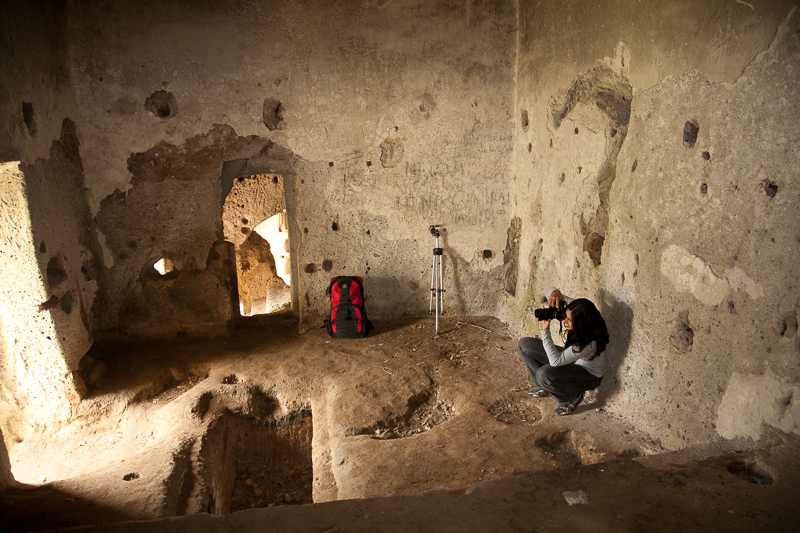 Archana from Bangalore photographs the interior which still has most of its plaster  embellished by generations of graffiti.

It is a steep but not a hard climb up to the cliff dwelling. The tufa volcanic rock is soft and easy to excavate but then oxidises and hardens, an ideal building material. 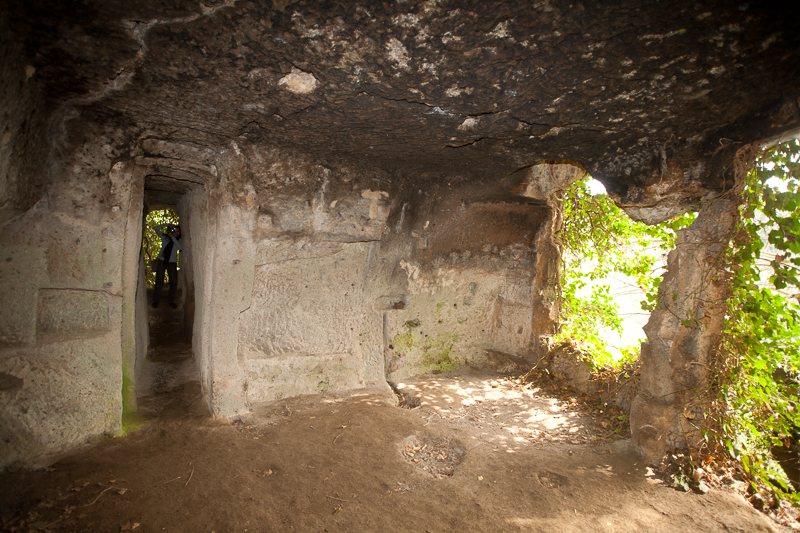 The hermitage probably is an enlargement of an Etruscan necropolis going back about 2500 years. 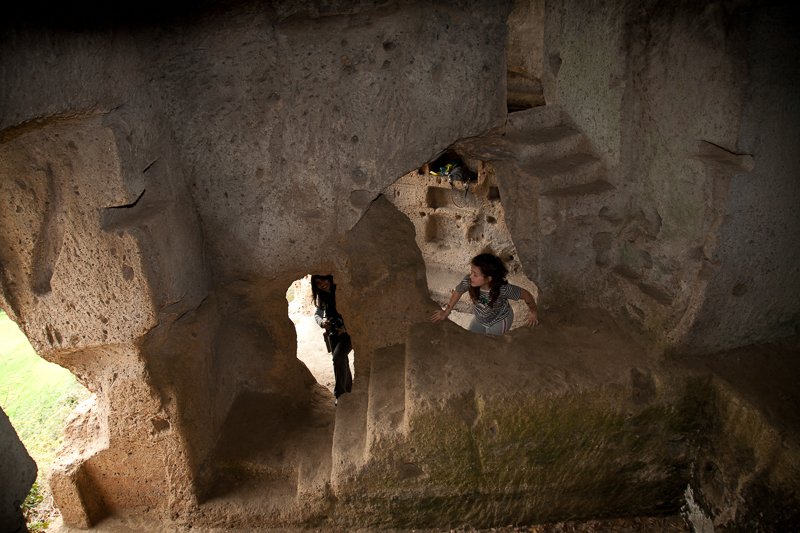 A great place for kids to explore

One comment on “Hidden Treasure to photograph: the hermitage of Ripatonna, South Tuscany.”