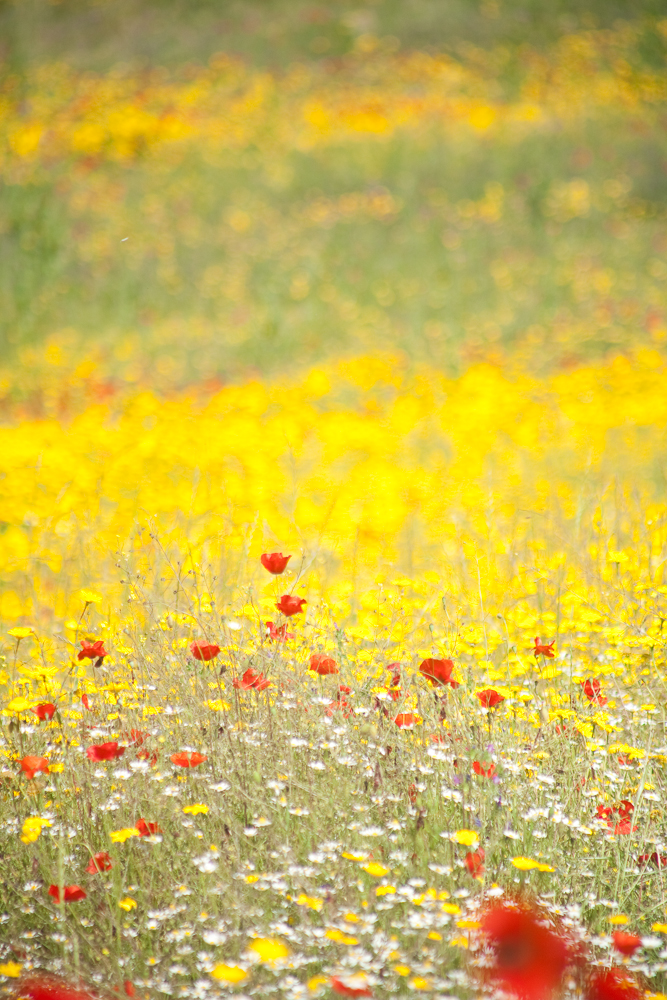 Late Spring: The Season of Wildflower in Italy.

Spring in Italy may have been slow in coming this year, but all that rain means even more wild flowers – especially poppies. Come to Tuscany and Umbria in June and you will see the brightest and most colourful wild flowers anywhere in Europe. Normally poppies last until about mid-June, but this year they should be with us until the end of the month. 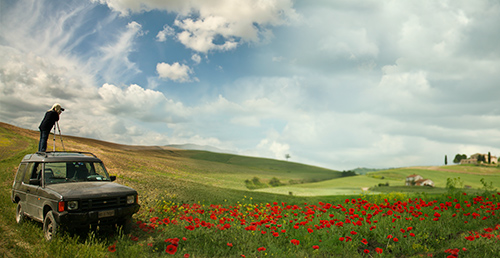 For those of you coming to Italy from northern climes, the poppies will seem redder than they do at home. This is not a subjective opinion, but fact. The sun in England, for example, is never high enough in the sky to allow the human eye to switch off the rods…the sensors we use to see in black and white in low light. However, in the Mediterranean the sun is so high that we use only the cones, the colour sensors, the black and white rods switch off, and we see in pure saturated colour. This is one reason why the ‘milords’ on the Grand Tour in the old days were so stunned by the light on crossing the Alps into Italy – the colours of wild flowers, especially, were a revelation. 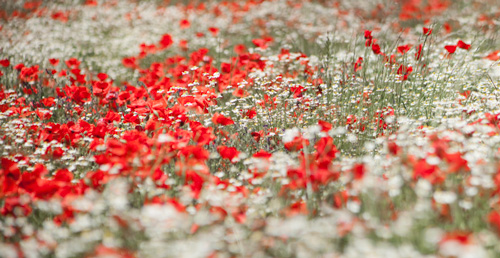 Though the poppy is without doubt the most colourful of weeds and one of the most beautiful of all flowers, for many it holds a touch of melancholy as the symbol for commonwealth nations of the war dead. 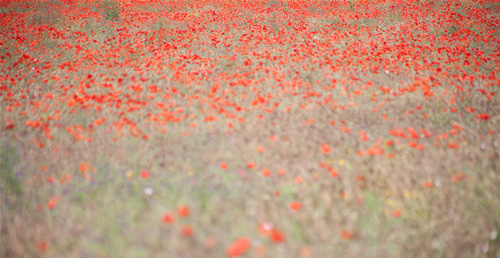 In Flanders fields the poppies blow
Between the crosses, row on row,
That mark our place; and in the sky
The larks, still bravely singing, fly
Scarce heard amid the guns below.

We are the Dead. Short days ago
We lived, felt dawn, saw sunset glow,
Loved and were loved, and now we lie
In Flanders fields.

Take up our quarrel with the foe:
To you from failing hands we throw
The torch; be yours to hold it high.
If ye break faith with us who die
We shall not sleep, though poppies grow
In Flanders fields.

Castelluccio Norcia: Photo Workshop Through Some of the Most Spectacular Scenery in Italy.