A photo workshop day trip from Orvieto to the Sibilline Mountains in July.

Castelluccio di Norcia is well known the world over amongst photographers for its picturesque vales of wild flowers at all times of the year – except when it is under snow which at 1500m is for most of the winter.

It is a bit of a trek to get there from Orvieto (around 2.5 hours) but we do pass through some of the most spectacular scenery in Italy not to mention the beautiful Umbrian city of Spoleto, home of the Two Worlds Festival every July. 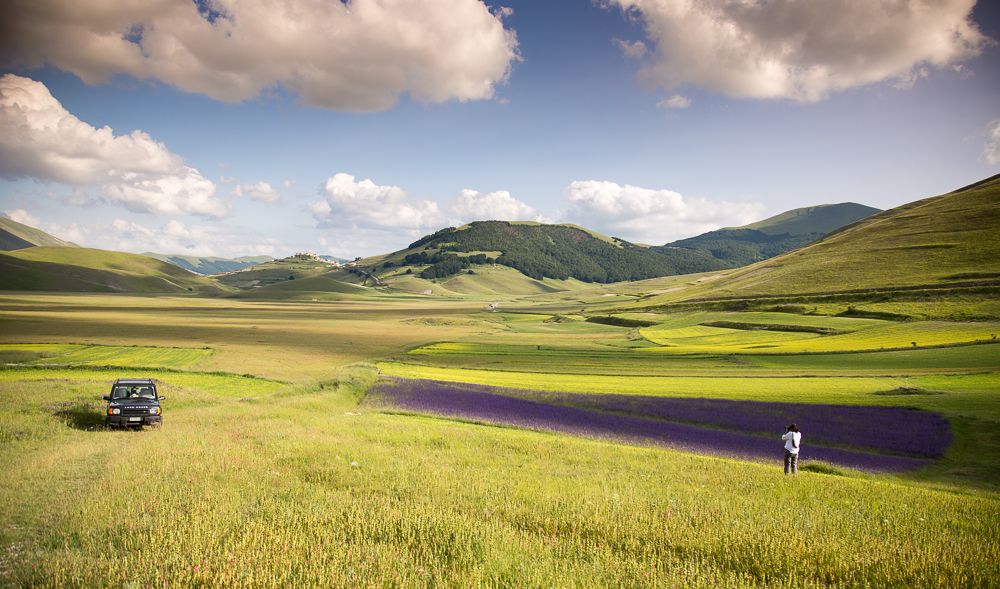 Castellucio on the hill in the distance

The gentle slopes and olive groves of lower Umbria give way to furious rivers beloved of rafters rushing through deep limestone gorges flanked by mysterious dark forests worthy of Dante. This is the Umbria of Renaissance artists and pious people, saints …….and swine, after all the town of Norcia (Nursia) is famous all over Italy for its pork products known popularly as norcineria. 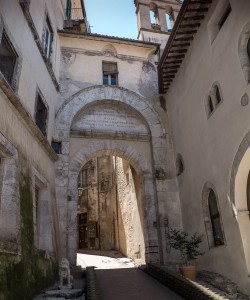 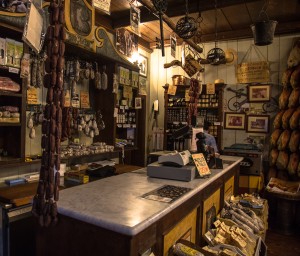 Curiously Norcia was once famous all over Europe since mediaeval times for its itinerant surgeons.  Surgery was prohibited amongst the clergy so the pig farmers of Norcia and nearby Preci who were already experienced castrators of livestock, turned their hands to gall bladder and cataract surgery and after 1588 with Pope Sisto’s ban on female opera singers, castration of boys. In fact the history of castration may go back much further into prehistory when ritual castration was carried out in these Sibilline Mountains as part of the cult of Cibele.

Gall stones were excruciatingly painful and extremely common amongst populations given to eating predominantly vegetables and pulses. Even a highly experienced surgeon was unlikely to achieve a success rate of 30% in gall stone removal.

It was a Norcia surgeon who operated successfully on the cataracts of Elizabeth I of England. 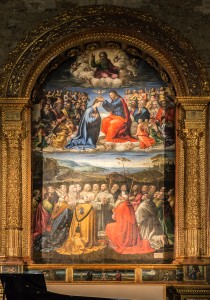 Siculo Coronation of the Virgin 1541

Surgery and butchery, not necessarily combined, brought wealth to the area and one of the delights of Italy is the way Italians even in out of the way places invested that money, not in the equivalent of BMWs and fancy watches, but in magnificent works of art. We opened the door of a church and there above the altar was Siculo’s Coronation of the Virgin. Absent for 25 years after the ruinous 1979 earthquake, it was restored only in 2005 by which time the locals had despaired of ever seeing it again.