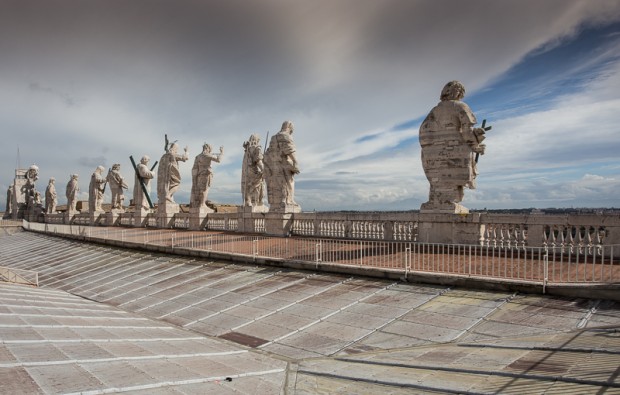 Join the Camera Etrusca weekend photo workshop in Rome to discover the artists that contributed to its grandeur.

The Rome workshop started on the first day with a visit to The Vatican a short walk from our B&B in Prati. We arrived at St Peter’s at 9 to avoid the crowds and only had to queue for the metal detectors for about 10 minutes. 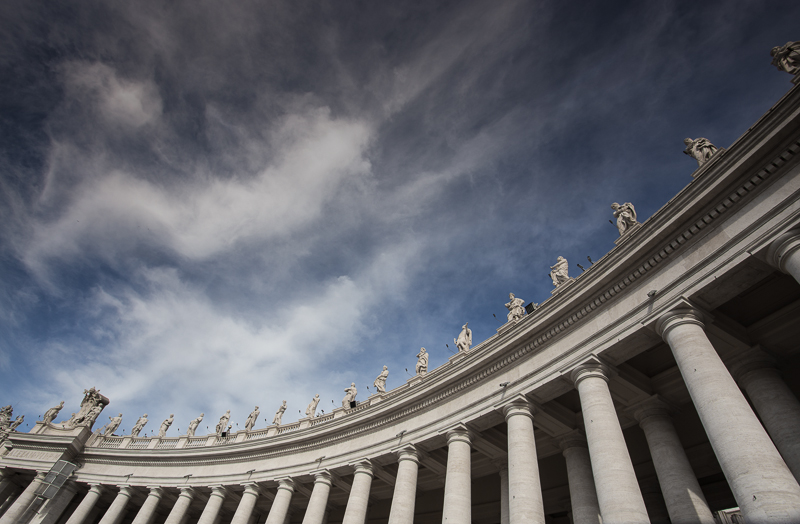 St Peter’s Basilica so impressive, the cost of construction so huge, that the church resorted to selling indulgences, a practice that  was to so upset a young monk, Martin Luther that he nailed his 95 theses to the door of Wittenburg church – the first volley of the Reformation. 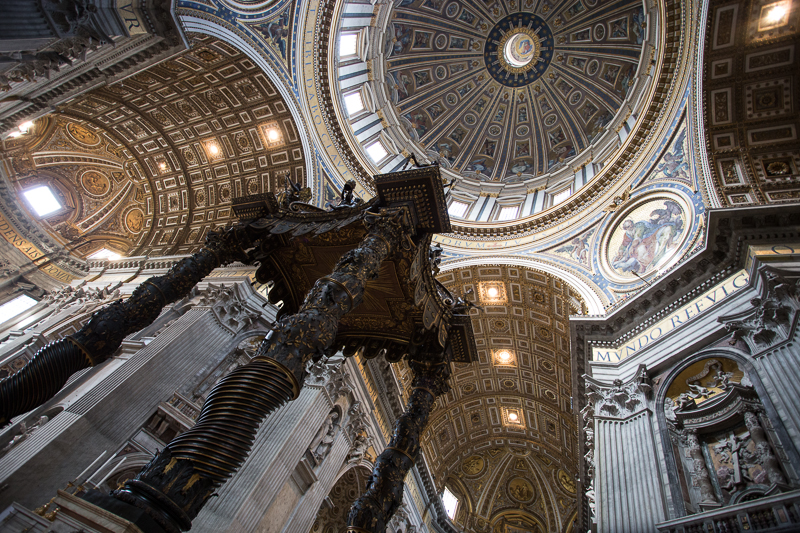 Some of the most notable architects and artists of the age contributed to its design: Bramante, Sangallo, Raphael, Michelangelo and Bernini to name just a few; while some of the great surviving buildings of Ancient Rome contributed materials: the Colosseum half demolished to provide stone, marble stripped from various thermal baths, and the bronze from the Pantheon portico used to build Bernini’s Baldachin over the altar 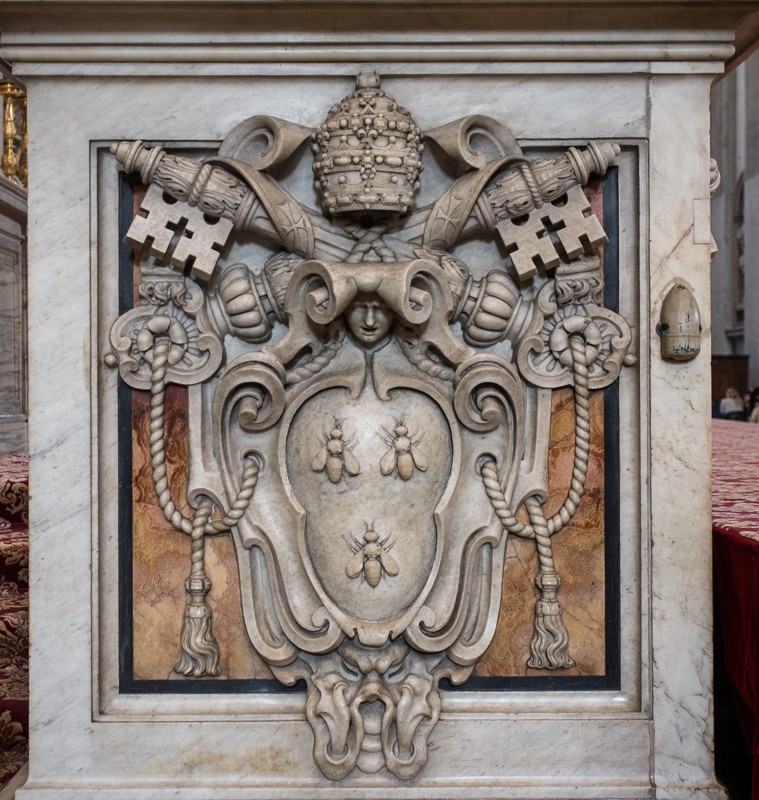 One of the curiosities of St Peter’s is this series of sculpted faces of a woman. Each column  has a pedestal with the Barberini coat of arms (Urban VIII) above which is visible a mother undergoing the progressive pains of childbirth; the eighth and last is a cherub. Could this curious and not to mention out of place series be an analogy not to the nine months, but the nine years it took Bernini to realise the monument?

The undeniable superstar is Michelangelo’s Pietà, the only work of art that the modest artist ever signed, and subsequently regretted, in marked contrast to the popes themselves who put their names, and often coats of arms, everywhere. Sadly the vandalisation by a maniac in 1972 means it is impossible to approach the sculpture. Mary’s nose was hammered off and replaced with a marble transplant from her back. The Pietà was designed as a monument for a French cardinal and belongs to a northern European rather than Italian tradition. David’s iconic painting Morte de Marat lying stabbed in his bathtub was modelled upon it. 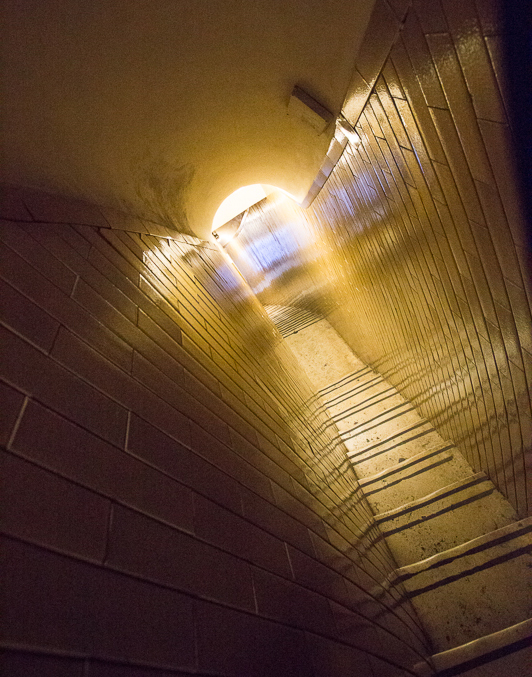 narrow stairs to the cupola

As we climbed the stairs to the top of the cupola I remembered Anita Ekberg’s call of “Marcello, Marcello!” in La Dolce Vita.

In fact the film shows Marcello Mastroianni descending several spiral staircases, a metaphor one presumes for his Dantesque descent into the moral underworld of 1950s Rome. 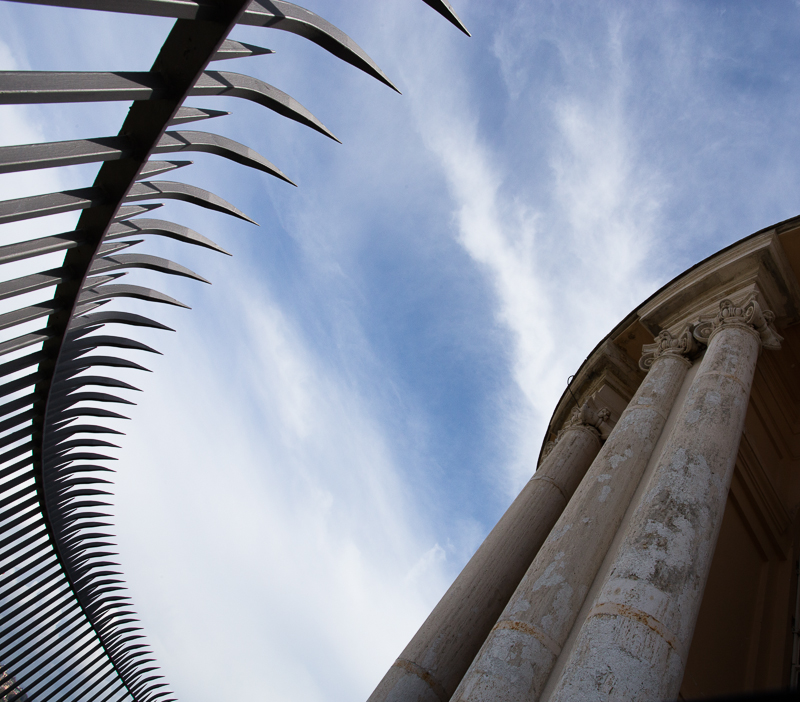 Observation platform around the lantern at the cupola’s summit

No chance of throwing yourself off here. 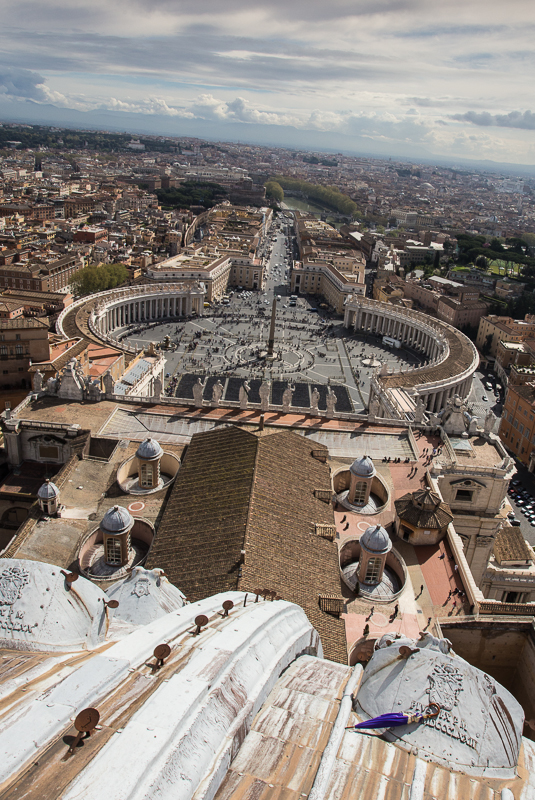 a fallen umbrella lies on the Vatican roof

Outside the cupola’s lantern you can see the serpentine queues winding below to the entrance. Pope’s names adorn every corner of the Vatican, even here on the lead roof, every window has an embossed papal coat of arms. 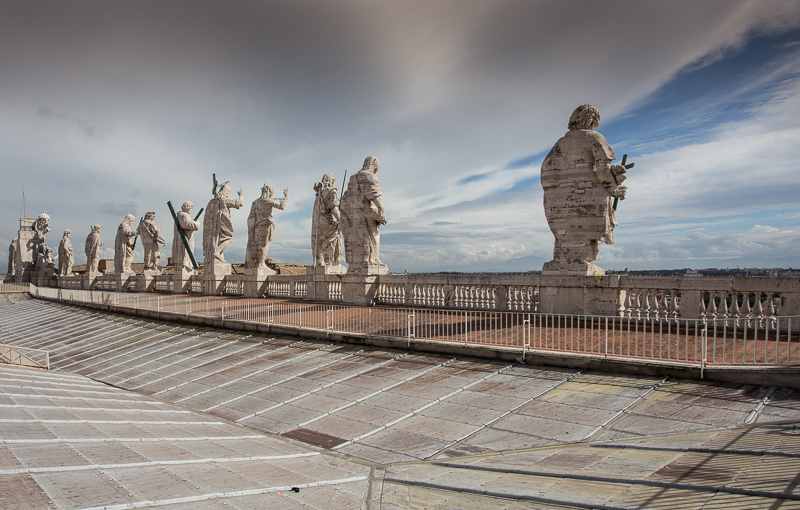 Saints wave from on high, my lens hood in the foreground

This is where I dropped my lens hood through the bars, only to roll down the roof out of reach – to be retrieved by a kind custodian. 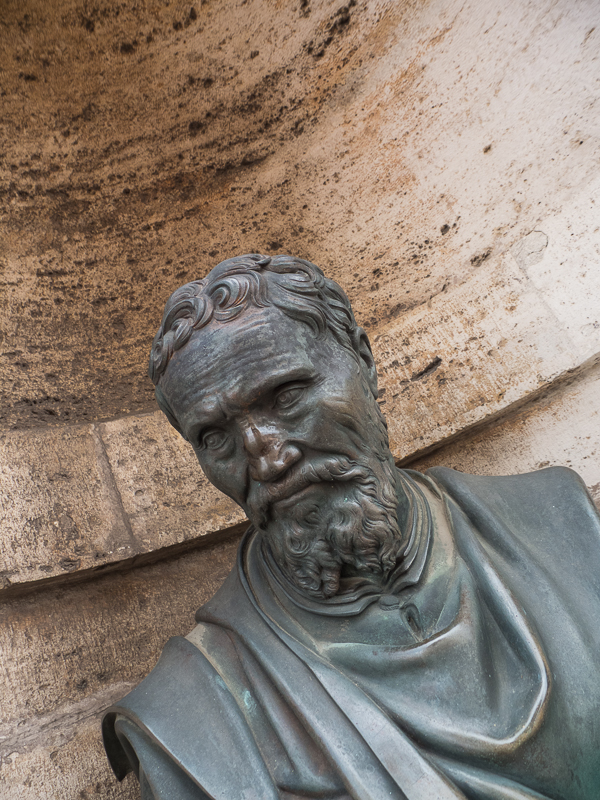 sculptor on the roof with pugilist’s nose

All year round we run private tours with photo workshops in Rome. These tours can be customized according to your needs.
You can see an example of a typical weekend photo workshop in the Eternal City, starting first thing Friday morning, finishing Sunday late afternoon, on my Rome Private Tour photo workshop. If you are in Rome for only a short time, our private photo tour will help you to really appreciate having such a fun and interesting encounter. With much to see and a great deal to learn in just three days, the Rome workshop will intensify your experience.

Radicofani and the Grand Tour – Part 2