There is an extraordinary atmosphere in the sacred glade so it is no surprise that this has been a sacred place for thousands of years.
The Sacred Glade was Christianised, but something of the ancient magic remained: the frescoes that remain in the church are testimony to that. The church was cut into the rock by the Franciscans in the XIII century and from them it possibly passed to the Templars.

The interior was frescoed, a semi circle of  the apostles, but these sadly were brutally hacked off  (you can see the signs above the arch) and sold illegally in the 1960s. Thankfully they were later recovered and they are now in the Ischia di Castro Museum.
Some frescoes survive mainly over the alter. These manifest the close ties between the ancient church and the popular beliefs still prevalent in the Italian countryside.
Worship is an inaccurate word for the pagan rites that took place here, it implies adoration of an omnipotent God whereas the rituals that the Etruscans and others practised were more about celebrating oneness with nature and the cosmos. The deities could have been several: Turan, the Etruscan Venus; Minerva; or the male deity Fufluns, the Etruscan Bacchus. Bacchanalia are usually associated with the Romans (and parties organised by the Italian Prime Minister) but similar rites are  common to all antique cultures and survive even today in aboriginal peoples. 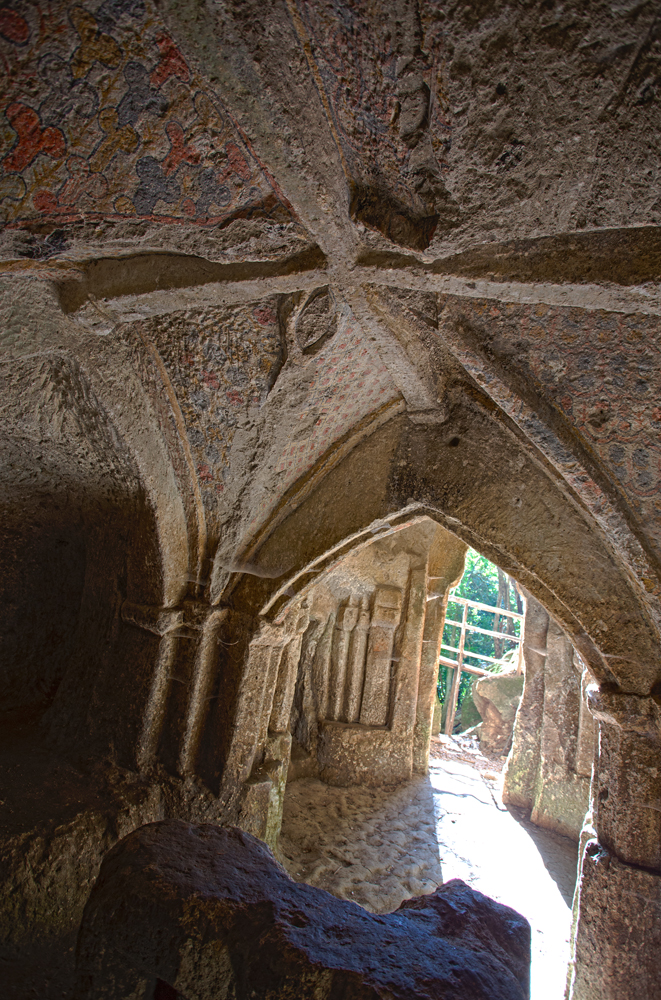 curious (for a Christian church) frescoes above the altar

In pre-Christian Italy it was common practise to hold rites in a Sacred Grove. Making music was integral: drums, tambourines, castanets, pipes, trumpets and dancing to the point of ecstasy. Singing too, even yelling were part of the ritual. The ancient world was much darker and almost silent by modern standards – and a lot more dangerous; thus the sense of hearing would have had a much greater importance in respect to sight. A place like the sacred glade would have been chosen for magical rights because of its extraordinary acoustics. 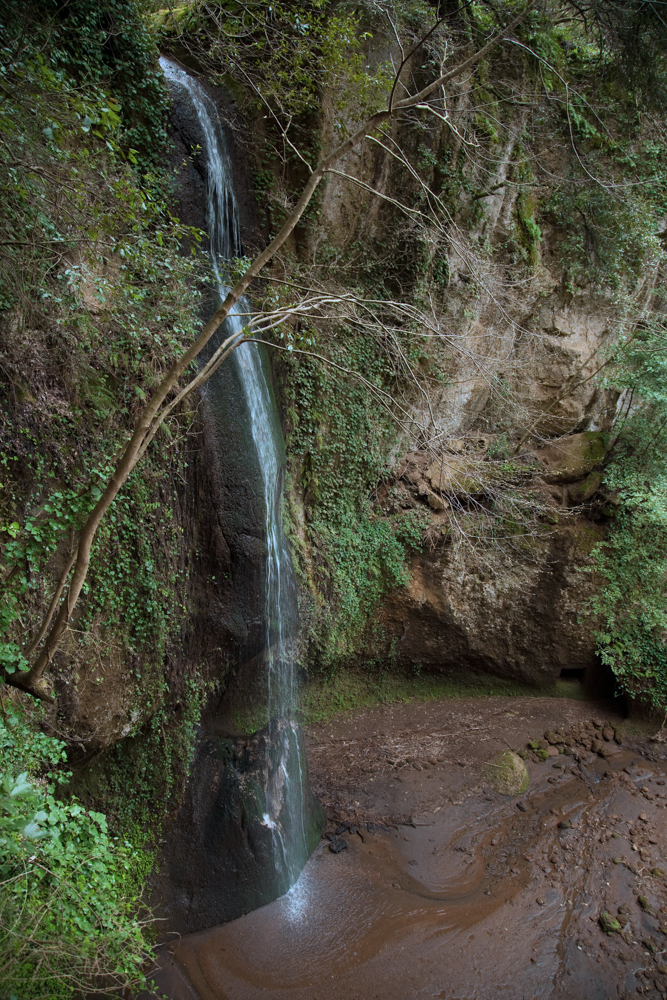 Scientists in the field of archeo-acoustics from Princeton University have recently found that the resonance found in caves, grottoes and amphitheatres like Stonehenge have a  frequency of 110 Hz which in turn has an effect on the left hemisphere of the brain, damping it and causing an asymmetry in the pre-fontal cortex leading to a predominance of the right side. The result is a diminution of the centres of language and a heightening of the emotions. This would have strengthened the emotional charge of those participating in mystical ceremonies.   If alcohol and possibly other drugs were added to the alchemy then it is easy to imagine participants becoming entranced and feeling they were passing from one dimension to another.

I have shot a number of pictures in the sacred glade, for example Nacht und Träume
and Bacchanalia