“Sunrise glowed red as I climbed along the gorge; when I reached the grove, I saw the altar slab all scattered with brightness, like the harper’s robe. I put down my load, and prayed to Apollo.”

Poggio Conte will appear immediately familiar to anyone who has read Mary Renault’s The King Must Die, a novel based on the myth of Theseus and the Minotaur, in which she describes in detail a Sacred Glade. 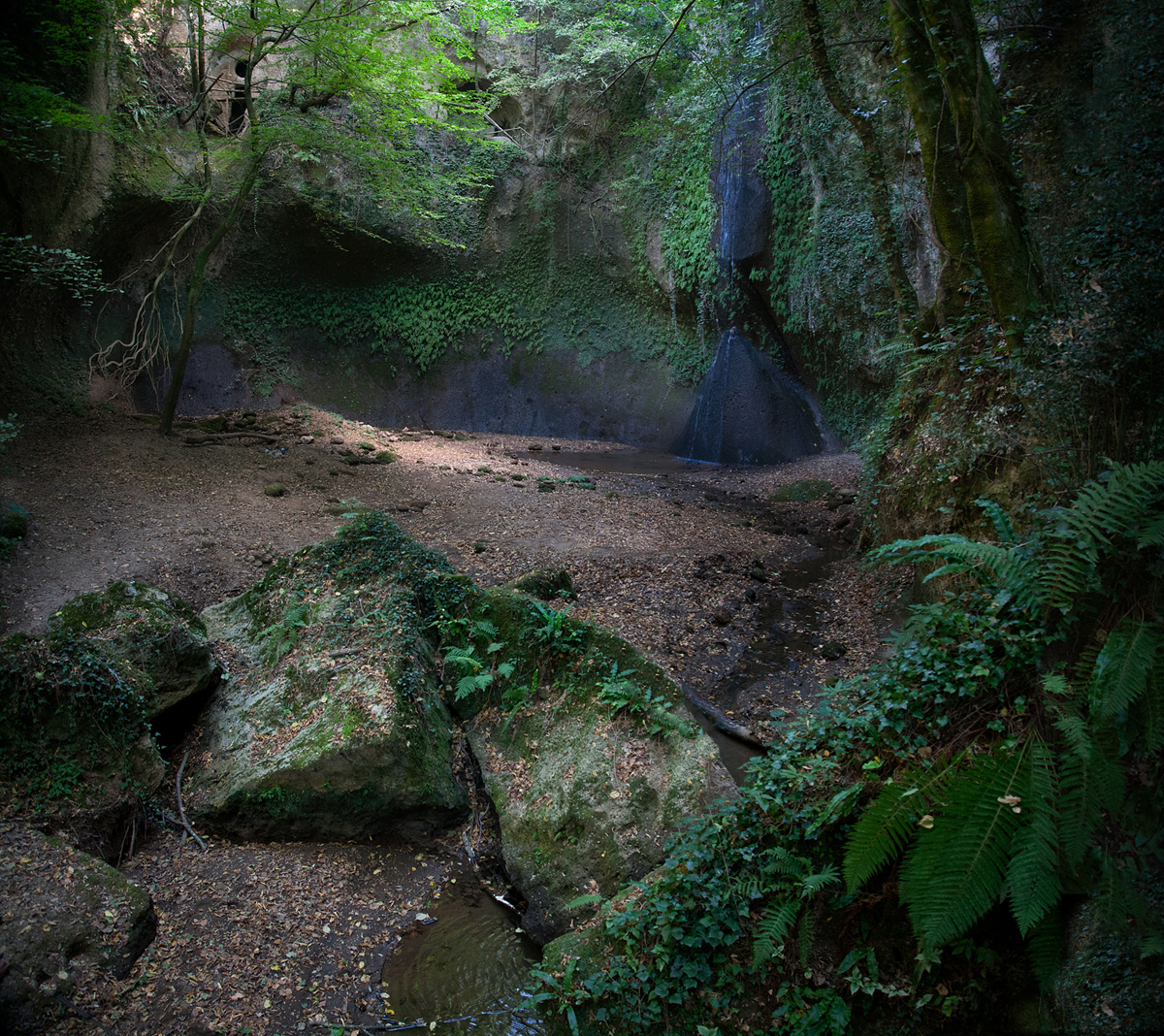 Poggio Conte is in a remote corner of northern Latium on the borders of Tuscany. 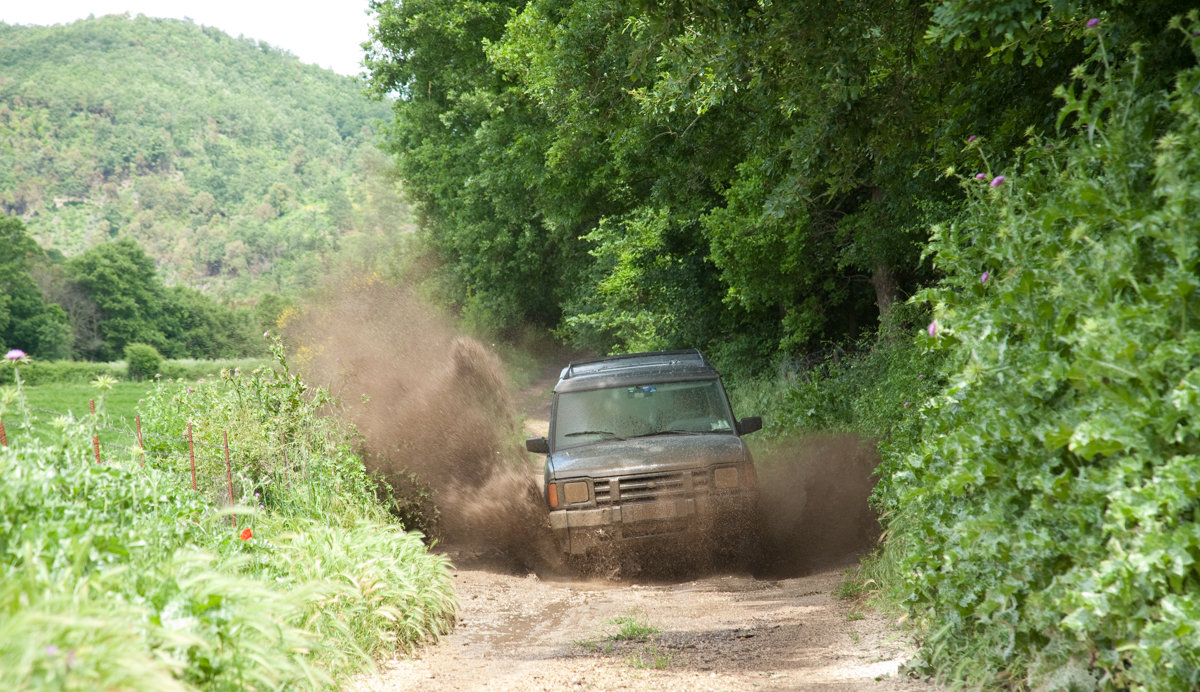 It is quicker……………. and easier in the Land Rover

Most visitors must leave their cars by the road (where the signpost is usually absent) about 5km from the site, walk along the Fiora valley through a bucolic idyl of grazing cattle amongst scarlet poppies. 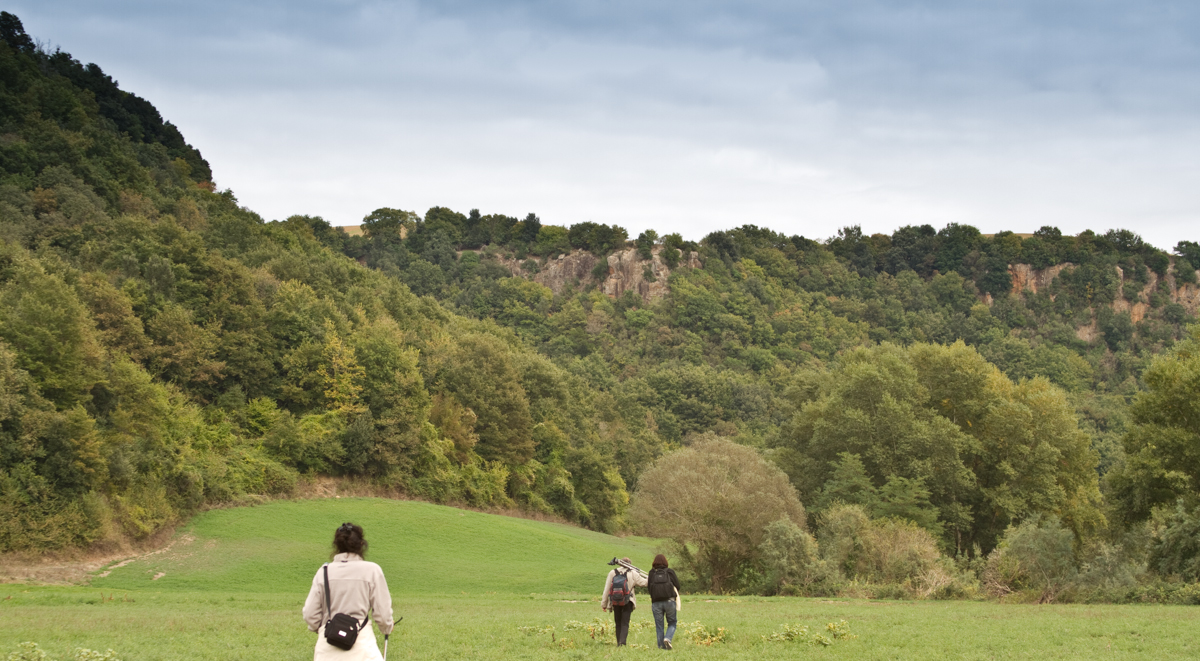 The last stretch before the wood, the glade is among the trees ahead beneath the cliff

With the Land Rover we can however get much closer before having to leave the vehicle to follow a footpath along a cutting through the cliffs. As we approach the glade we begin to hear an enchanting sound, the tinkle of water cascading onto a blue-black pointed rock. 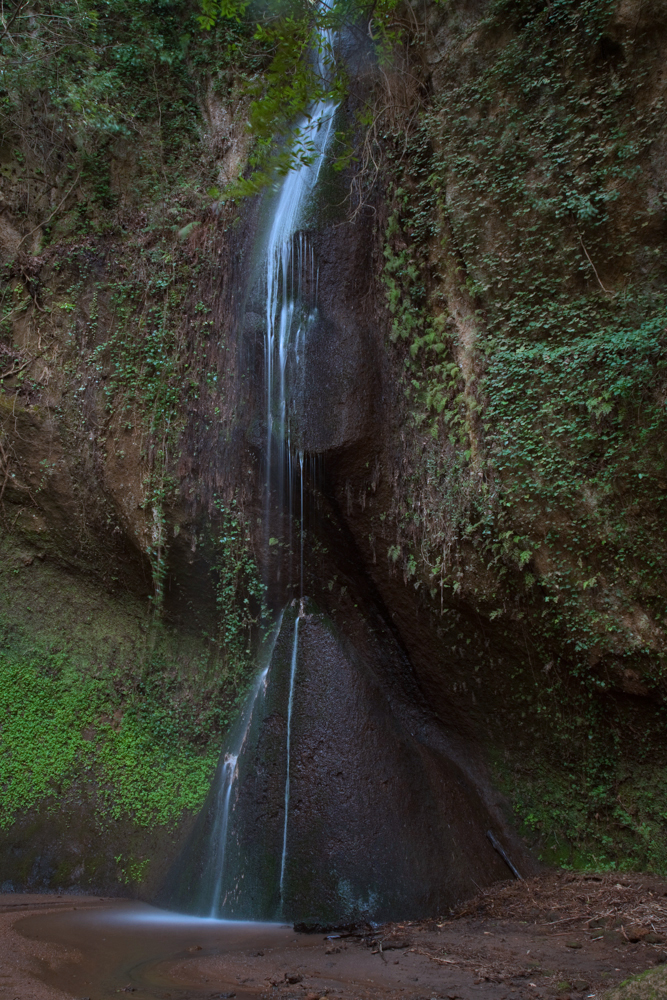 There are Etruscan tombs cut into the cliffs though most have disappeared as the sides of the ravine have collapsed over millennia. However, the cliff church though losing it’s portal to erosion by flood-waters, has survived in the cliff above the concave dell. 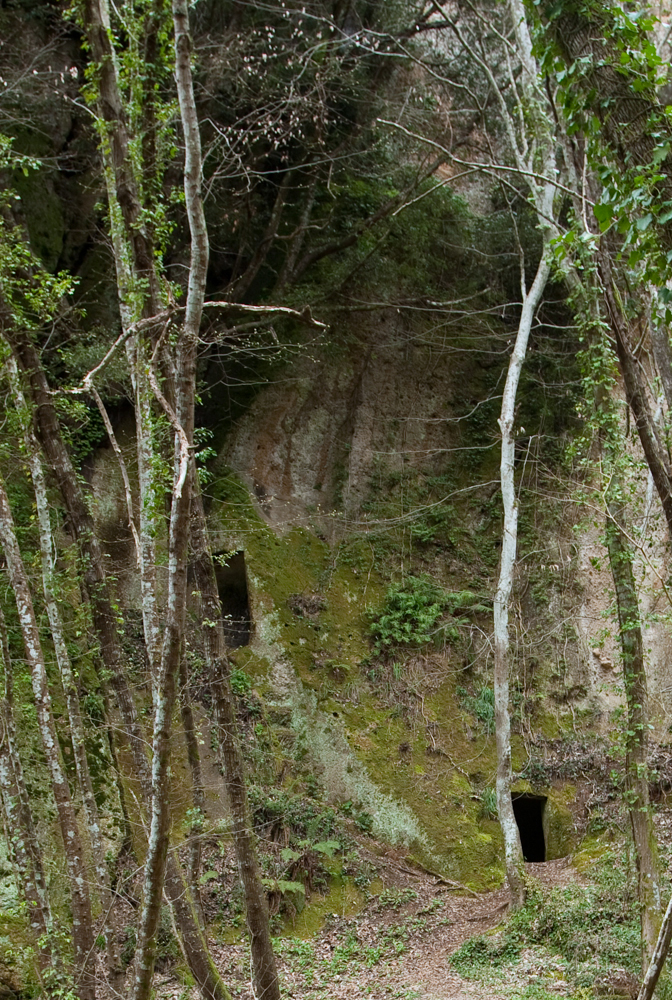 Etruscan tombs in the ravine leading to the glade.

Patrick Nicholas has used this location in several of his pictures in the Belle series , for example Lilith.

More about the sacred glade and the hermitage church of San Colomba in the next blog coming up soon.

This is one of the several Photo excursion location that we normally include in our photo workshops and photo tours .