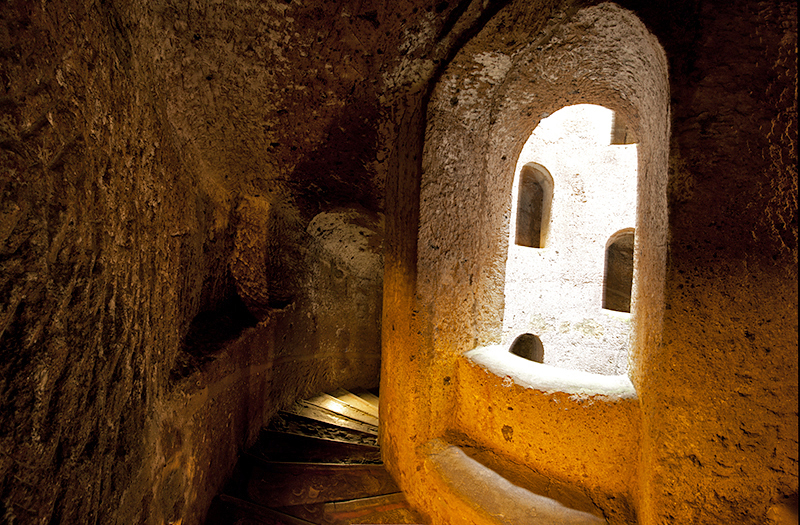 St Patrick’s well is one of the sights of Orvieto. And one of the places we always visit. It’s dark so a tripod is handy.

The life of an Italian prince in Renaissance Italy was pretty dangerous and no less so for the clerical prince known as the pope. In 1527 after Rome had been sacked by the Holy Roman Emperor Charles V’s troops, slaying between 6 and 12 thousand, Pope Clement looked to nearby Orvieto on the top of a cliff as a safe refuge. To this end he needed a well to be dug in the fortress, but the water table was a long way down. 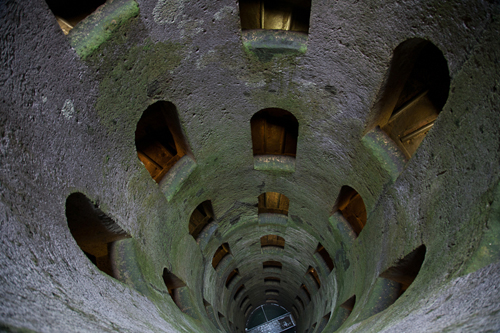 the view from PARADISE

The brilliant Florentine architect Antonio San Gallo realised a brilliant solution to reach down the 53m (174ft) to the water. He constructed a double helix so the donkey descending never met the one ascending. 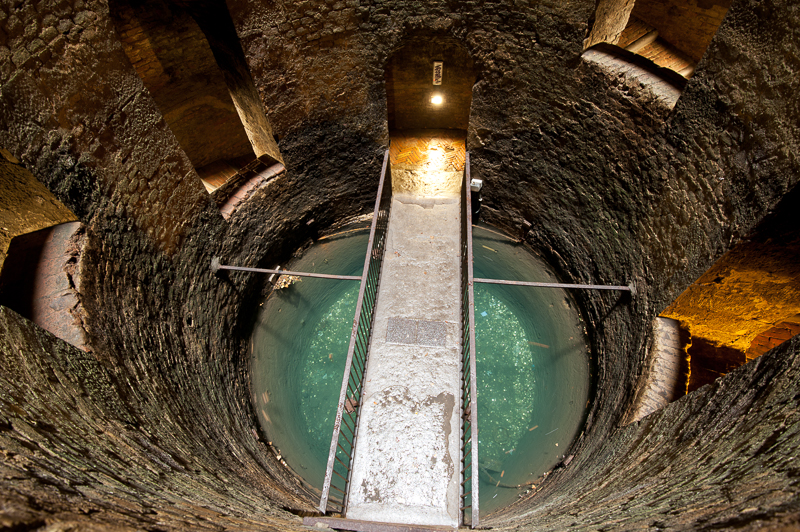 in the water a small fortune in coins plus sun-glasses, iphones and even half dead lizards

A Canadian scientist told me that Francis Crick had visited Orvieto in the 40s – could the revelation of the structure of DNA have had anything to do with the visit?
The well is known familiarly as St Patrick’s as Italians refer to a spendthrift as having pockets as deep as St Patrick’s well. There are 70 windows spiralling right down to the bottom and 248 steps. The stygian gloom and the spiralling steps are so evocative that I used a photo of the well as the background for my image of Danae though she was actually imprisoned in a tower. 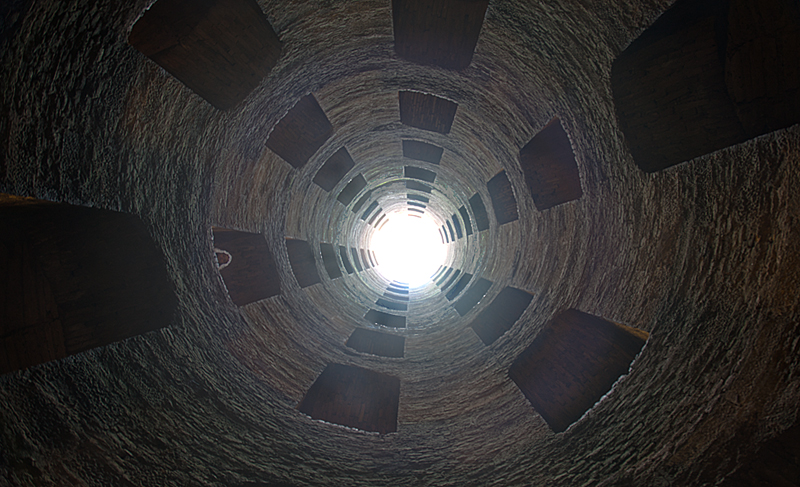 The view from INFERNO ” I never saw a man who looked. With such a wistful eye. Upon that little tent of blue. Which prisoners call the sky” Oscar Wilde