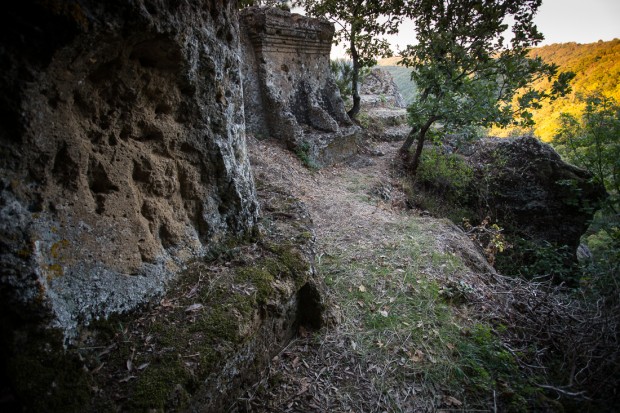 Orso Orsini was a prince of wild ways. Wayward brother of the cultured condottiero Niccolò, he married the beautiful Eleanora degli Atti di Morlupo, whose name was long but her life short. He strangled her in a fit of unfounded jealousy in 1575 on the bridge outside Pitigliano and threw her body into the ravine. 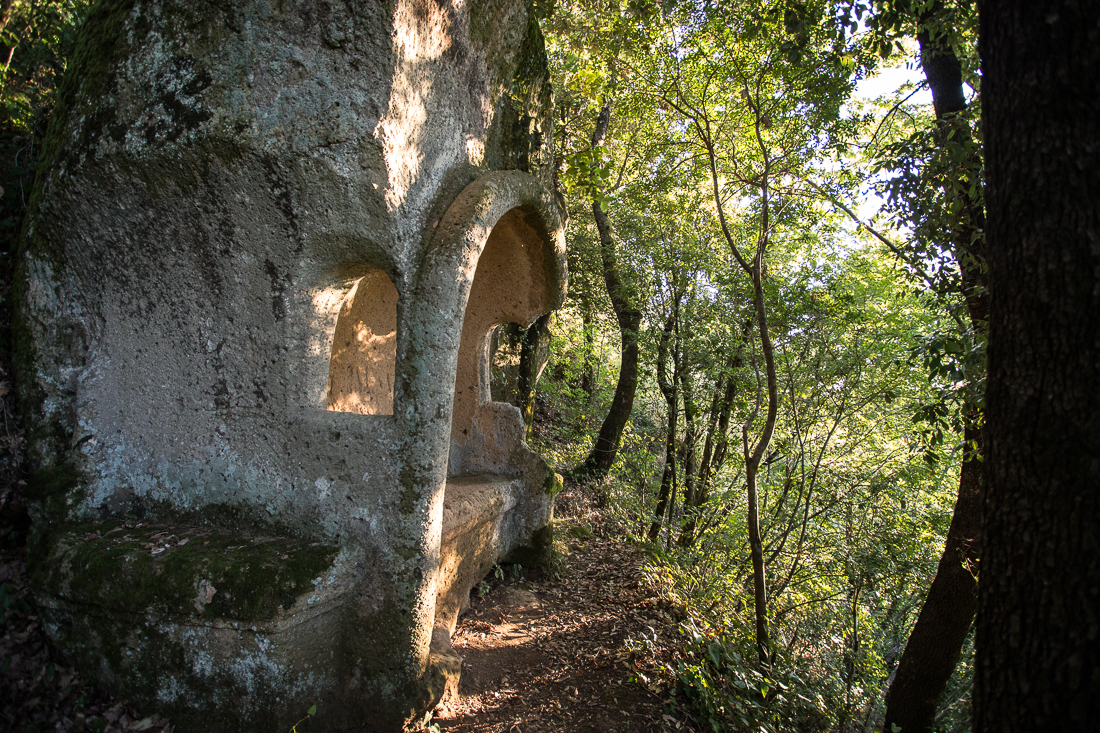 Bower sculpted from the volcanic rock 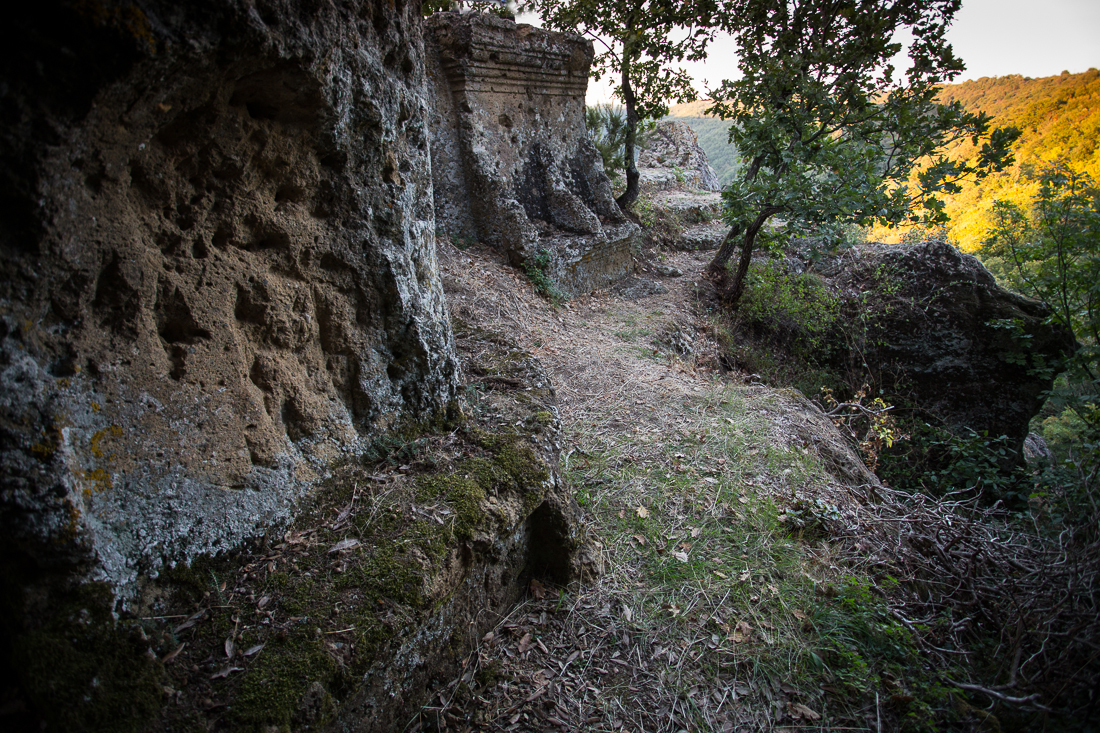 Crumbling thrones overlooking the valley in the Orsini Park, Pitigliano.

And yet the park had been planned as a place of quiet contemplation, a ‘locus amoenus’ along the lines of the nearby  Bosco Sacro or Sacred Wood of Bomarzo (below), built about the same time in 1552. 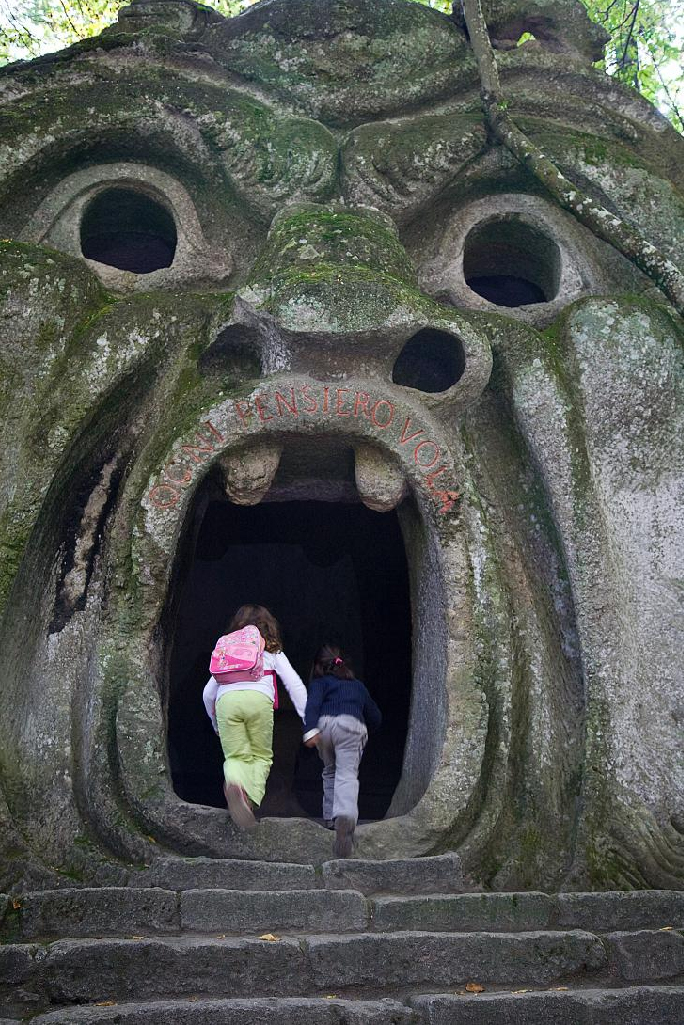 This had been laid out with grotesque and massive sculpture on the orders of Vicino Orsini, a distant cousin of Orso and Niccolò. Vicino had had the garden designed on Hermetic principles by Pirro Ligorio,

architect of genius (he was responsible for the water works at Villa Este in Tivoli and was also the first Italian to design buildings specifically to resist earthquakes).

The sculpture was designed to amaze, and it still does though the garden is not what it was and the water element is now completely missing; Bomarzo also has the stroppiest, most belligerent and gratuitously discourteous custodians I have ever encountered, anywhere. Bomarzo is now a major tourist attraction visited by the likes of Jean Cocteau, Salvador Dalì and Antonioni. It even featured in  film version of ‘Alice in Wonderland’. 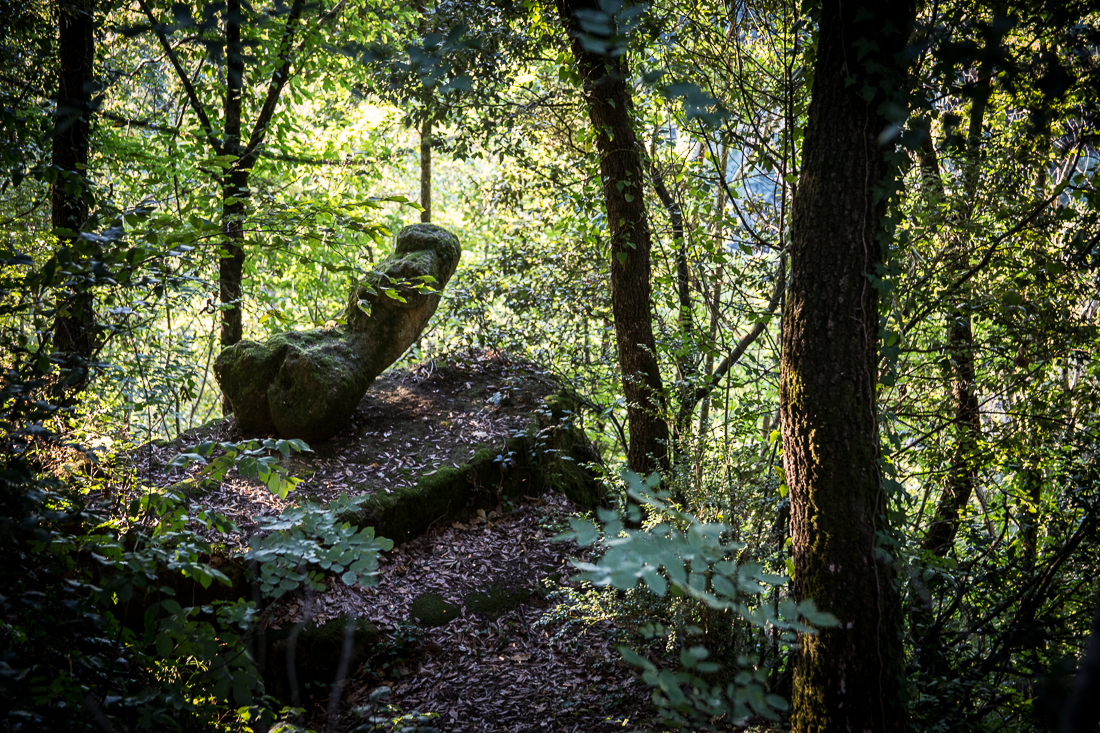 Parco Orsini on the other hand has no custodians at all, is difficult to find and what is more the statuary is largely overgrown, crumbling and un-cared for – it is just like stumbling upon an enchanted secret garden.

the reclining goddess from the other side 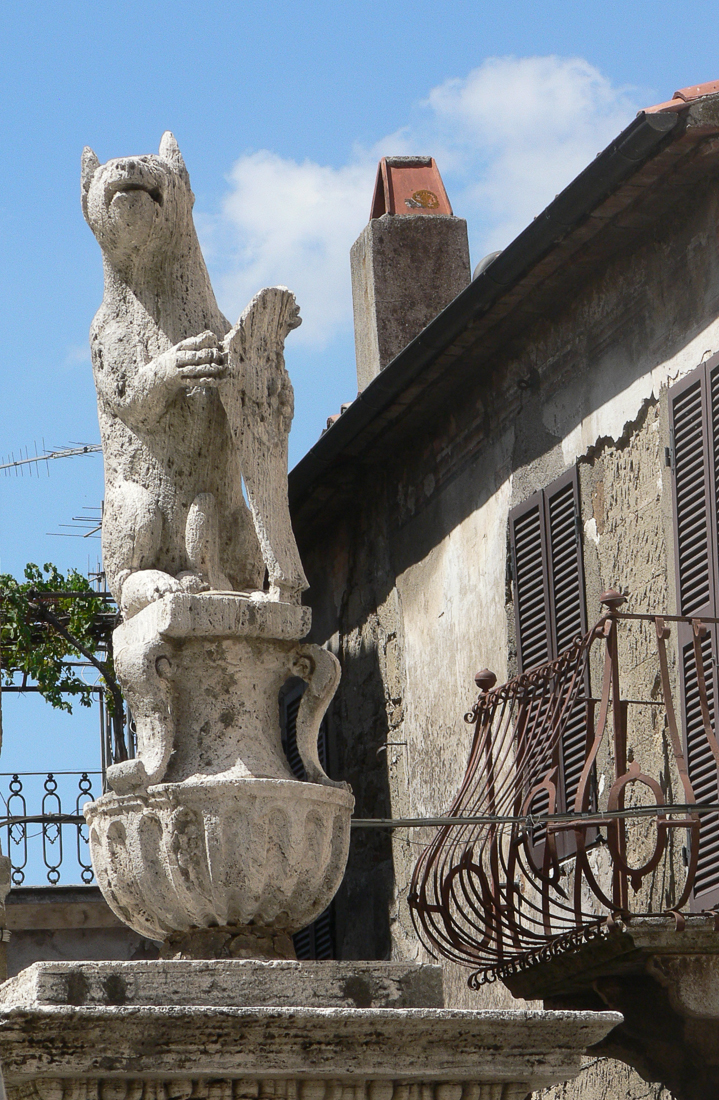 The statue of the Orsini family in Pitigliano, Tuscany.

Orso Orsini who quite apart from strangling his luckless wife also had a neighbour of his Galeazzo Farnese murdered during a hunting party. He got his comeuppance when he was himself slain on a bridge by Prospero Colonna. 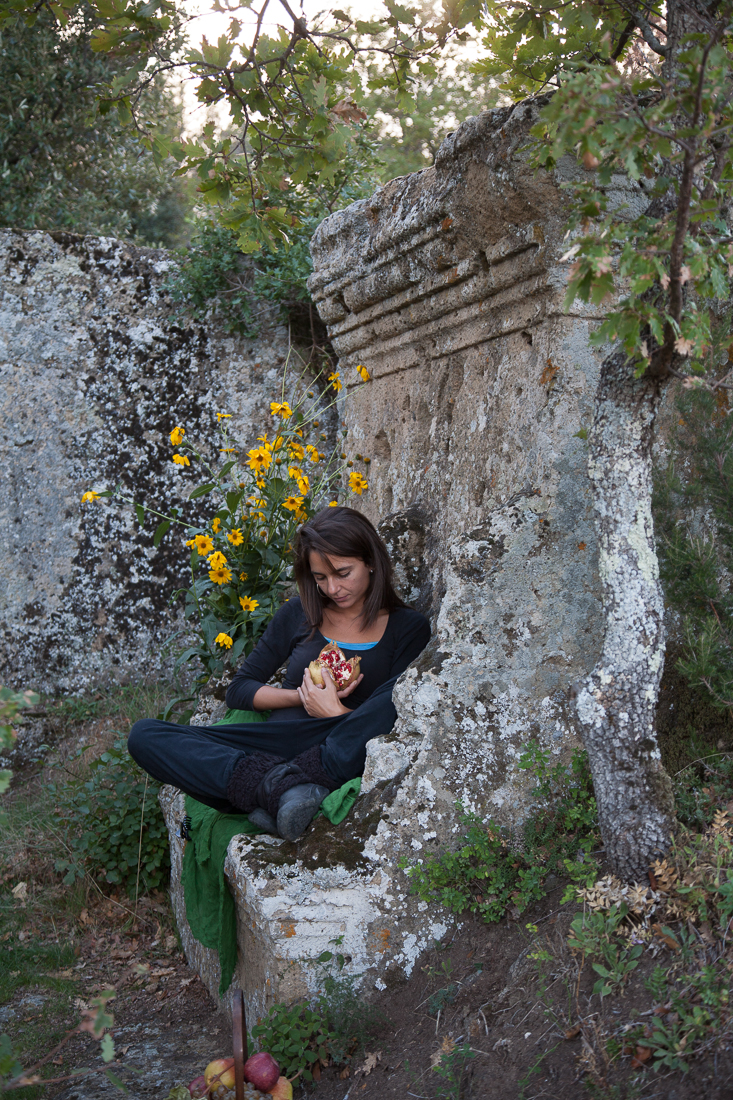 At the end of the escarpment there is a belvedere carved out of the rock with a fine view across the Lente Valley towards Sorano. I have used this enchanted wood in two my pictures  This Autumn Evening and Carpe Diem (in which you may notice a transposed Orsini bear). 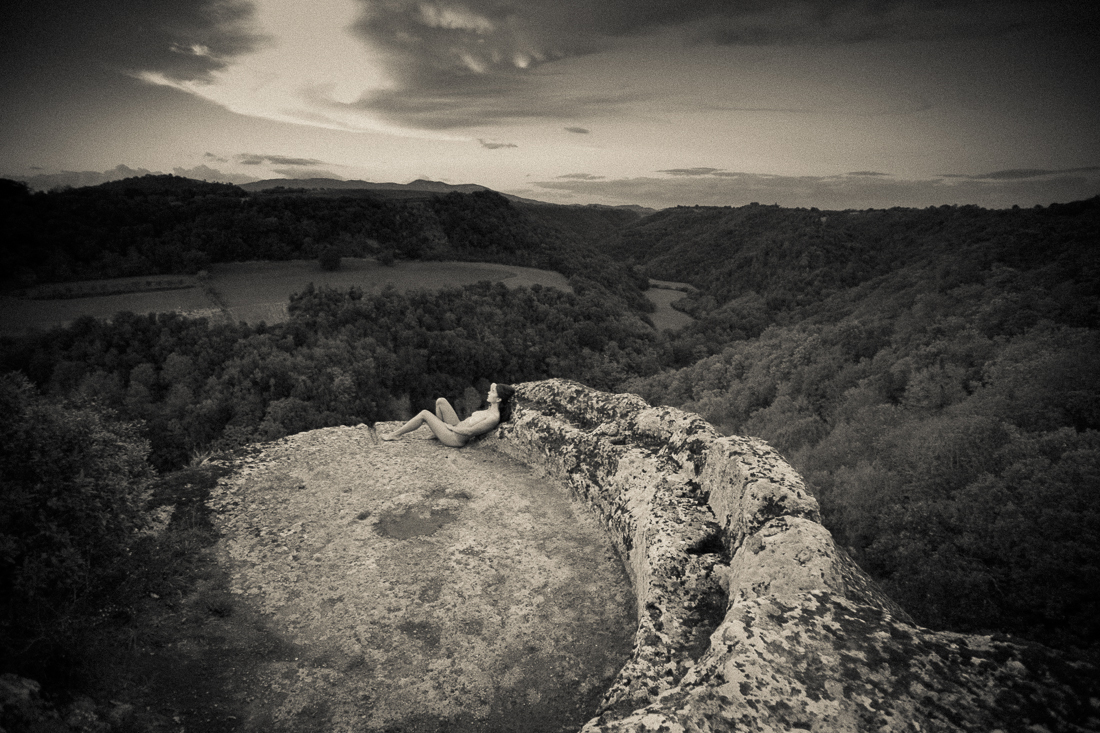 an out-take from the This Autumn Evening shoot

Rather optimistically the local municipality, at considerable expense, built a recreation area with scores of wooden picnic tables. However in true municipal style they neglected to create access or a parking area, so now it is as overgrown, out of sight and unknown as the Orsini Park itself – which does not exactly break my heart.

One comment on “Hidden treasure to photograph: an enchanted secret garden, Stranglers Park in Pitigliano, Tuscany.”