Home» LOST SITES » Place to photograph around Rome: The Temple of Diana in Nemi

Italy has an extraordinary amount of antiquities that are simply abandoned; no ticket office, no maintenance, no security, just overgrown. 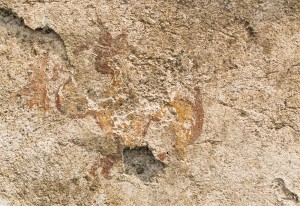 Sometimes I come across a place purely by chance, sometimes I have been tipped off by a local, sometimes because I have read about it and have made a search.

I will endeavour to post articles about a wide variety of places, some very humble, others so noteworthy one wonders how they could possible have fallen into virtual oblivion. All have in common that they have fallen out of sight and consequently out of mind. 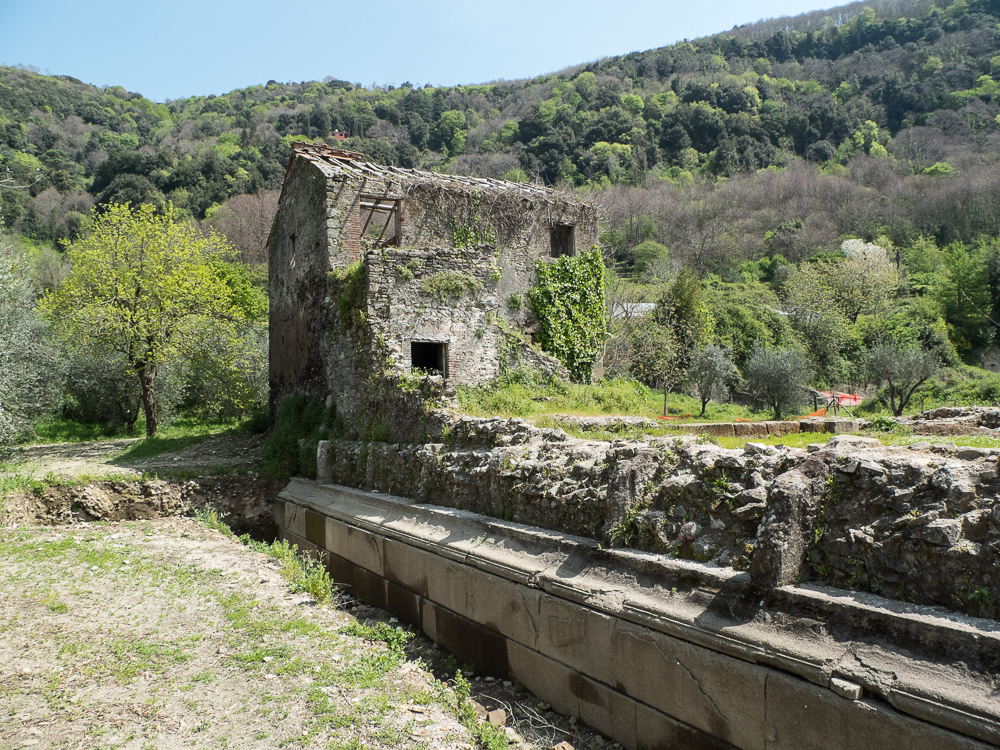 The Alban Hills national park, although nowadays practically a Roman suburb, is an area of wild natural beauty, deep crater lakes, forests, Renaissance villas and ancient ruins. Ten years ago my daughter was born in Genzano above Lake Nemi, and the evening before her birth I sat amongst the perfumed yellow broom watching the sun set a hundred metres or so above the ruins of the Temple dedicated to Diana, goddess of the hunt, but also child birth. 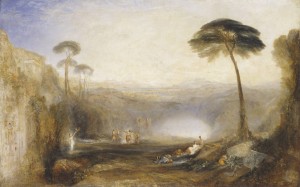 The scene was reminiscent of William Turner’s celebrated painting, The Golden Bough, painted probably from a spot very close to where I sat and contemplated the most life changing event of my life and the beginning of a new one. The event that Turner depicts relates how Aeneas breaks the golden bough in order to guide him into Hades to find his Father. Nemi is a place that almost overpowers one with atavistic emotion.

Sir James Frazer the father of anthropology started the long intellectual and scientific journey that was his magnum opus The Golden Bough from the ruins of Diana’s temple. The first chapter of which opens thus:

Who does not know Turner’s picture of the Golden Bough?  The scene, suffused with the golden glow of imagination in which the divine mind of Turner steeped and transfigured even the fairest natural landscape, is a dream-like vision of the little woodland lake of Nemi— “Diana’s Mirror,” as it was called by the ancients. No one who has seen that calm water, lapped in a green hollow of the Alban hills, can ever forget it. The two characteristic Italian villages which slumber on its banks, and the equally Italian palace whose terraced gardens descend steeply to the lake, hardly break the stillness and even the solitariness of the scene. Diana herself might still linger by this lonely shore, still haunt these woodlands wild. 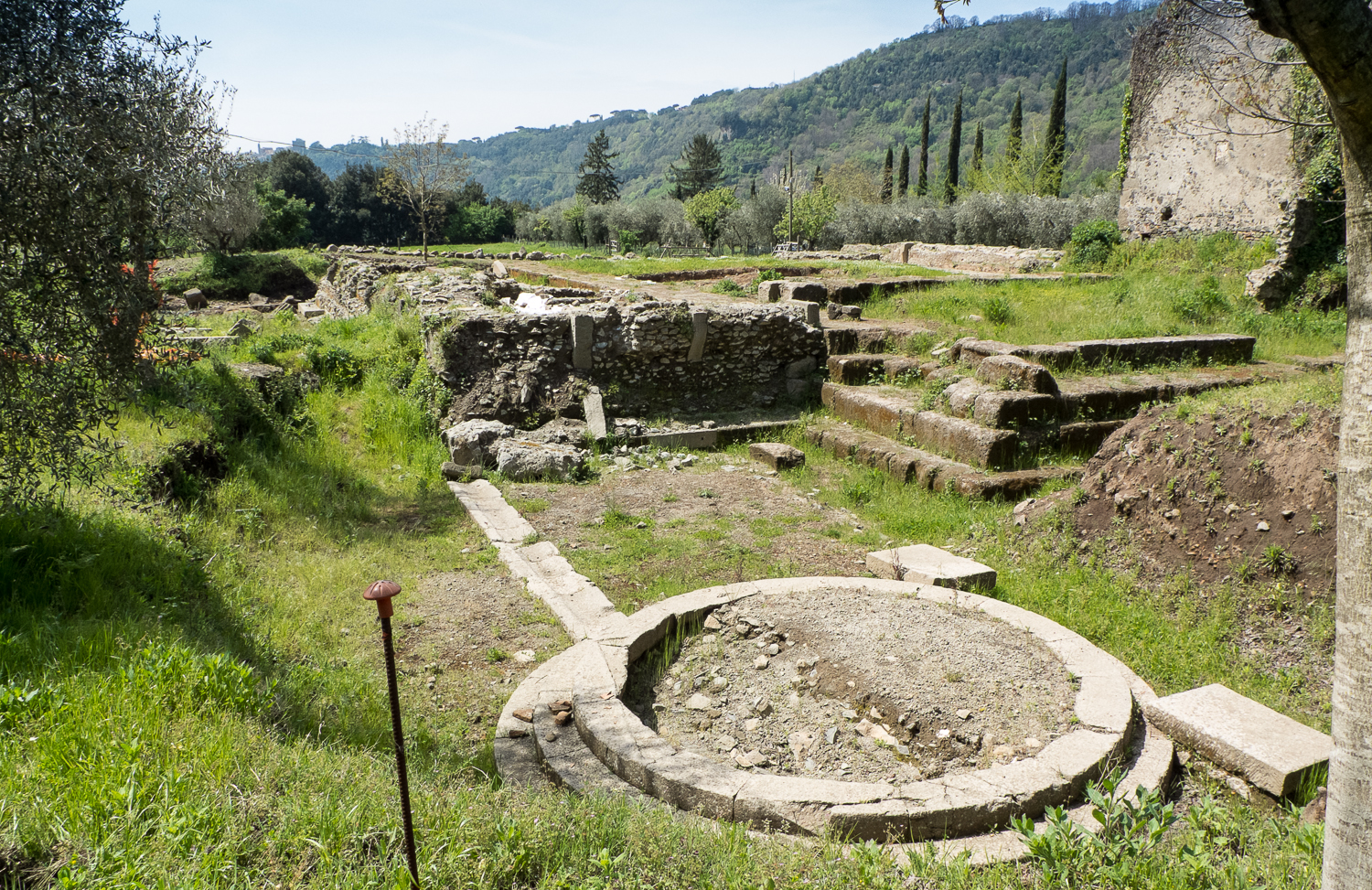 Given the fame of Diana herself and the importance and wide reaching effect that Frazer’s book had on scientists, artists, writers and philosophers in the 20th century you would think that the well excavated ruins of the temple would be something of a shrine and tourist attraction. Sadly this is not the case. 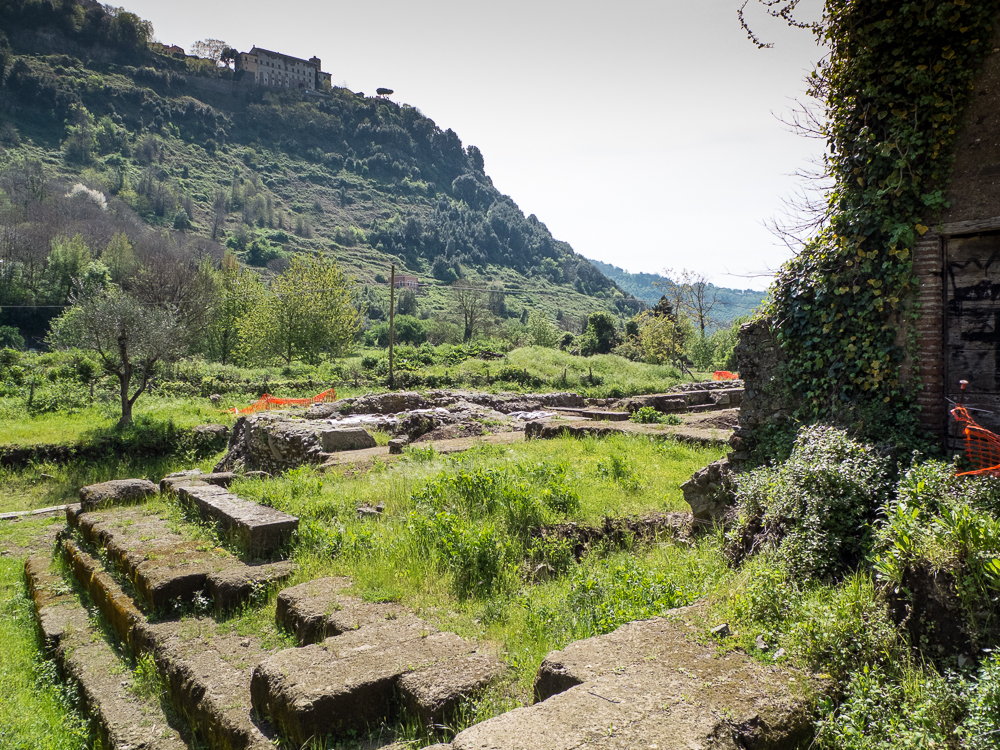 Nemi castle on the hill overlooking the temples ruins.

The site is not indicated, the path overgrown and the entrance gate broken open. The information boards so faded as to be illegible.

From the photographer’s point of view the remains of the temple complex are photogenic, there is an air of Piranesi melancholy about the place and yet if only there was a museum with artefacts found on the site, or copies of the statues, or an explanation of the macabre story that Frazer relates in the opening chapter of his book, or just a local farmer selling confections of locally collected wild strawberries and chilled white wine from under an umbrella pine, how much fuller the experience would be.

Come and explore Diana’s temple in Nemi, search for the Golden Bough with a Camera Etrusca photo trip to the Alban Hills on the outskirts of Rome. 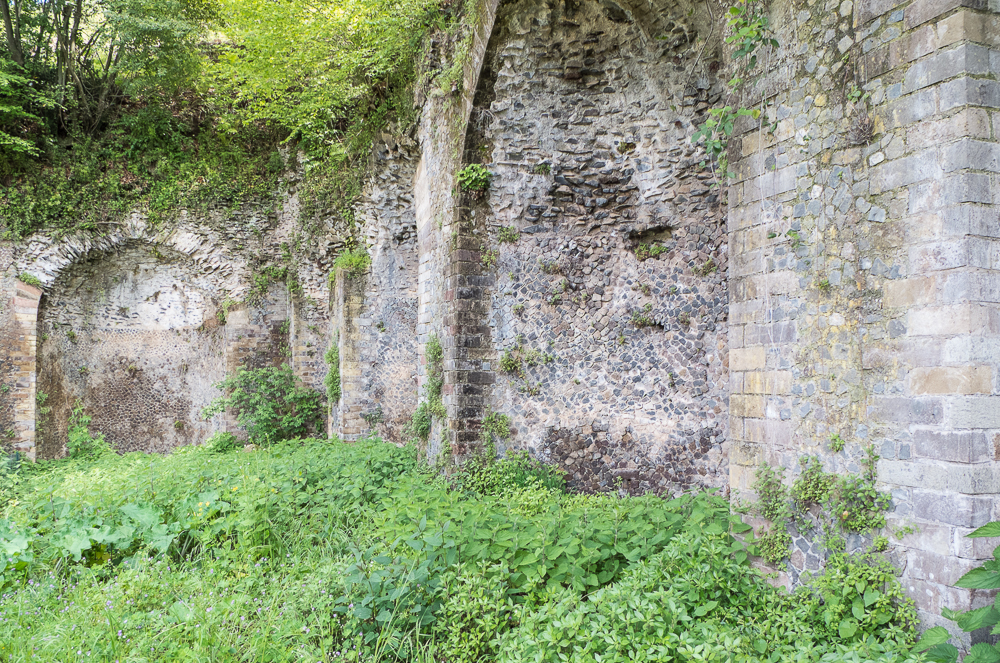 3 comments on “Place to photograph around Rome: The Temple of Diana in Nemi”