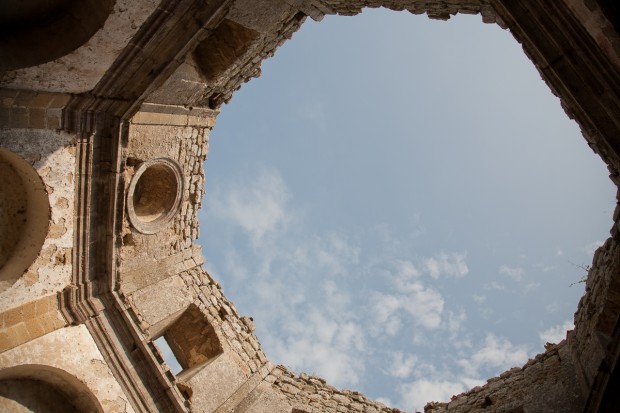 The ancient church occupies a site once sacred to the Etruscans. Lake Bolsena was the centre of their cult. The charm of the place lies in its desolate remoteness in the swamps near Lake Bolsena. 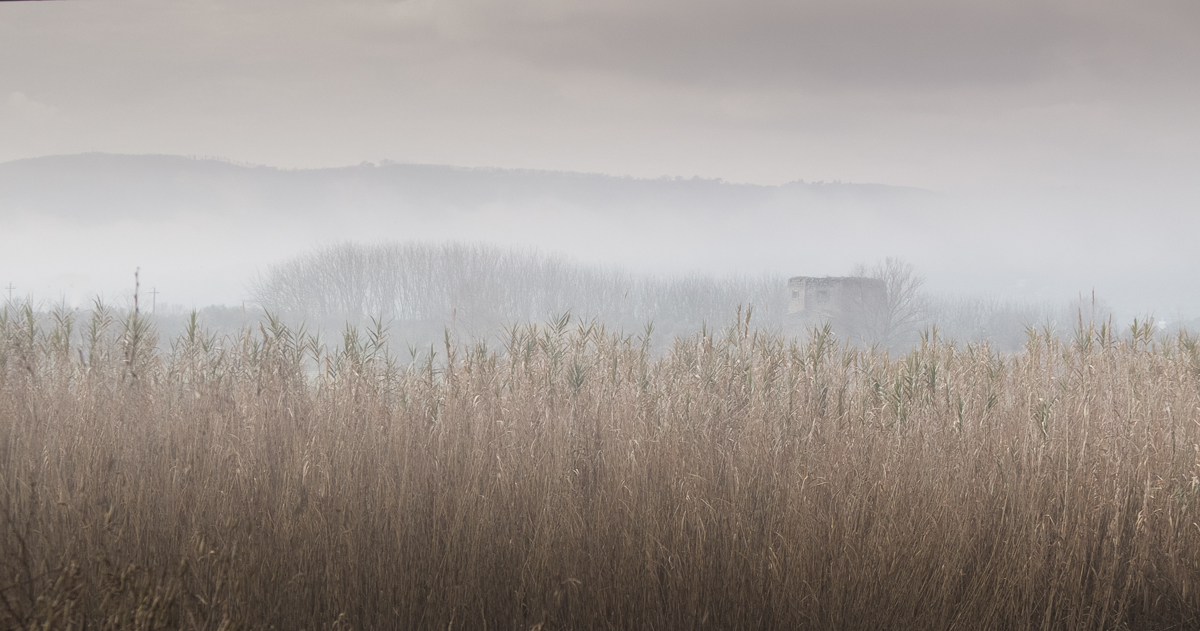 Until the 1920s malaria was the scourge of the Italy. Often entire communities were decimated because the origins of the disease were unknown. The name Malaria comes from the belief that bad air (lit. mal aria) was the cause. In English it was commonly called the Ague. 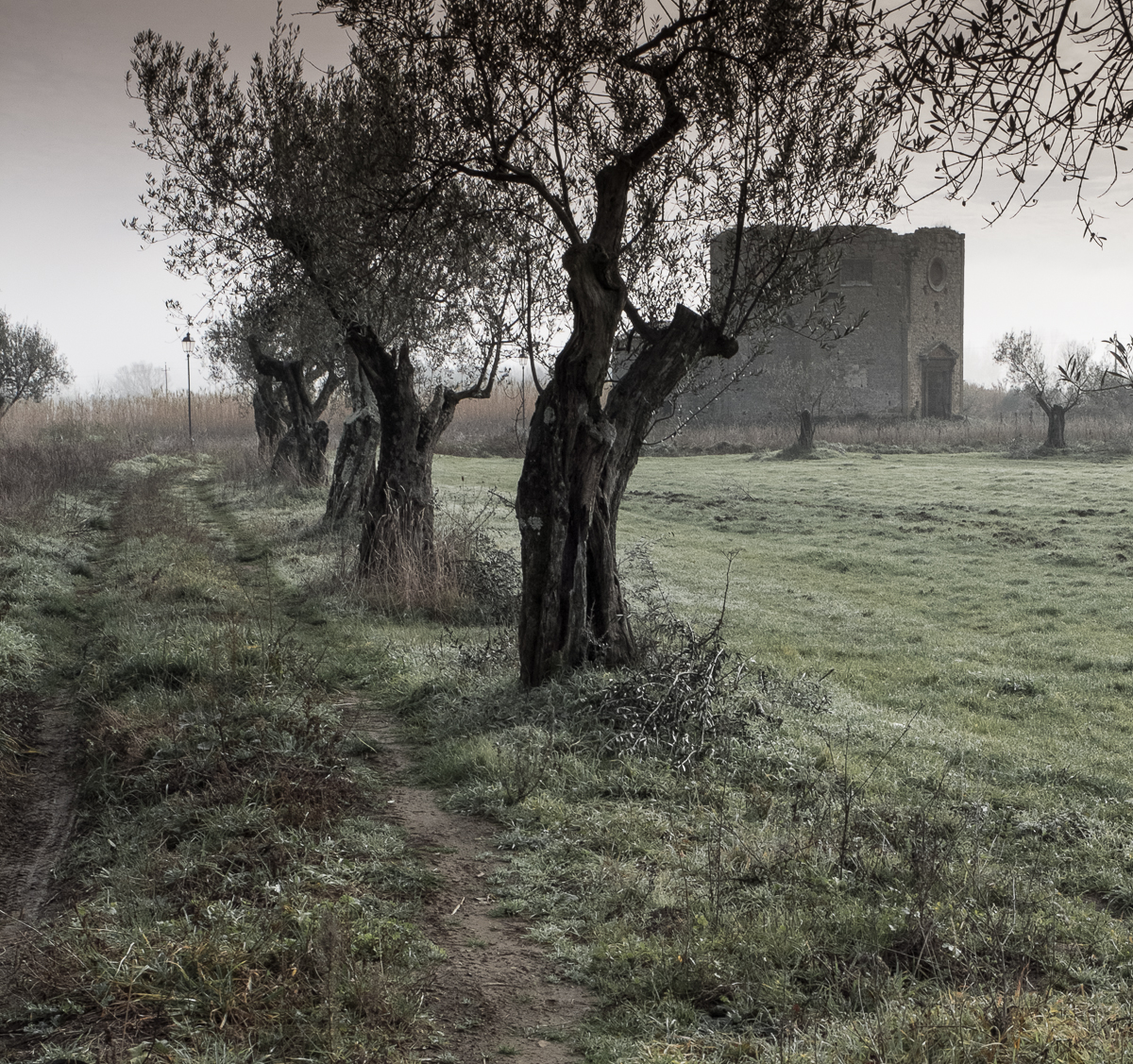 One solution was to move the town away from the pestilential air to higher ground, often to a healthy area called piano sano, the healthy plateau.   In the XVIII century much of the lakeside town of San Lorenzo was demolished, its stones transported to the heights above Lake Bolsena and re-erected as San Lorenzo Nuovo with an octagonal piazza. The church of St John the Baptist, however, was spared, though its roof has fallen in. 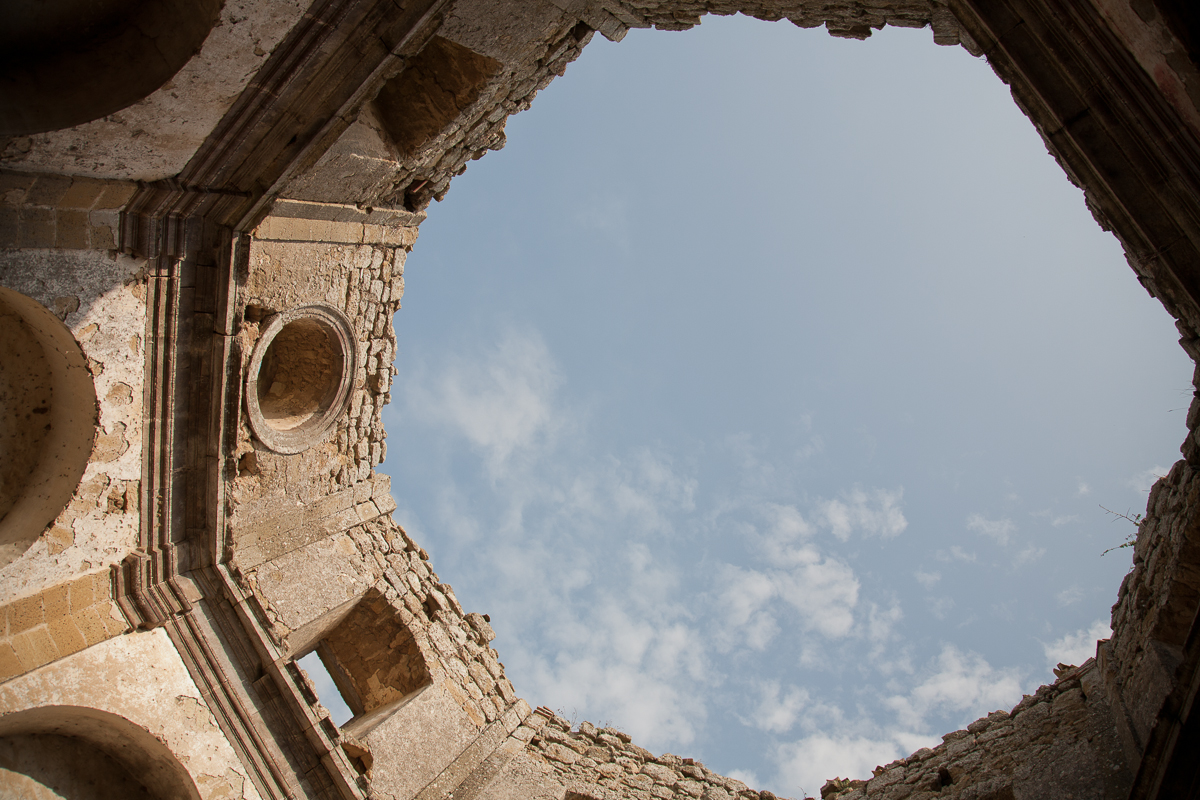 A mournful view of the church of St John the Baptist

The old town lay astride the pilgrims’ road to Rome known as the Via Francigena, the Frankish Road, which until the Reformation led all the way from Canterbury. 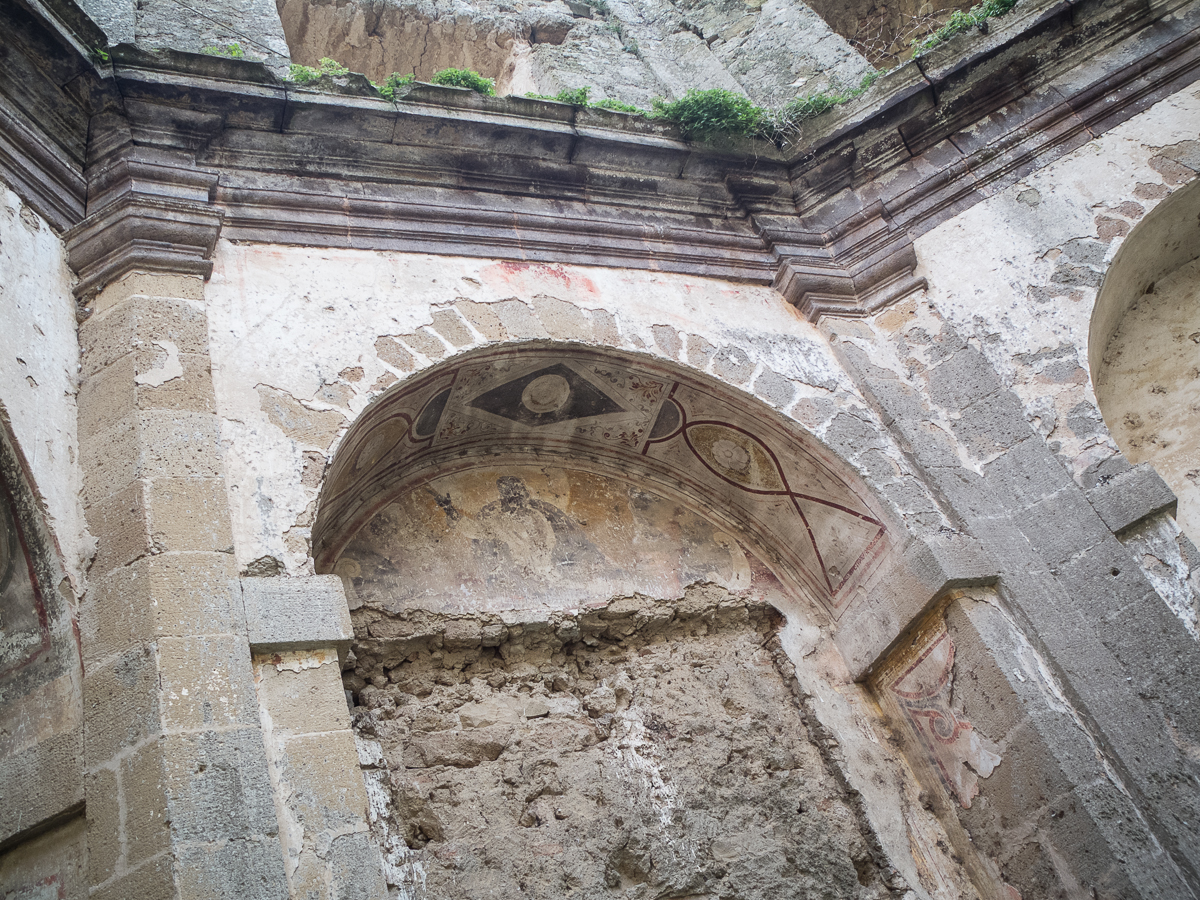 The church designed by Pietro Tartarino, and completed in 1590 is unusual. It is octagonal, and occupies a site once sacred to the Etruscan and  for whom Lake Bolsena was the centre of their cult, the Omphalos, the navel of their world. The XVIII century piazza in San Lorenzo Nuovo is also octagonal.

Catholic miracles abound in places where the old religion proved particularly hard to eradicate. Nearby Bolsena has not one , but two miracles associated with the town, a sign that adherence to the old religion was particularly obdurate. This church in Val di Lago, close by the Etruscan city of Tyre, may mark the site of the miracle of Santa Cristina. Though not the case here, a church raised on the site of a miraculous defeat of paganism is often dedicated to St Michael and the pagan power is represented as a dragon. However, the octagonal shape, the preferred form of Templar churches, could be significant. 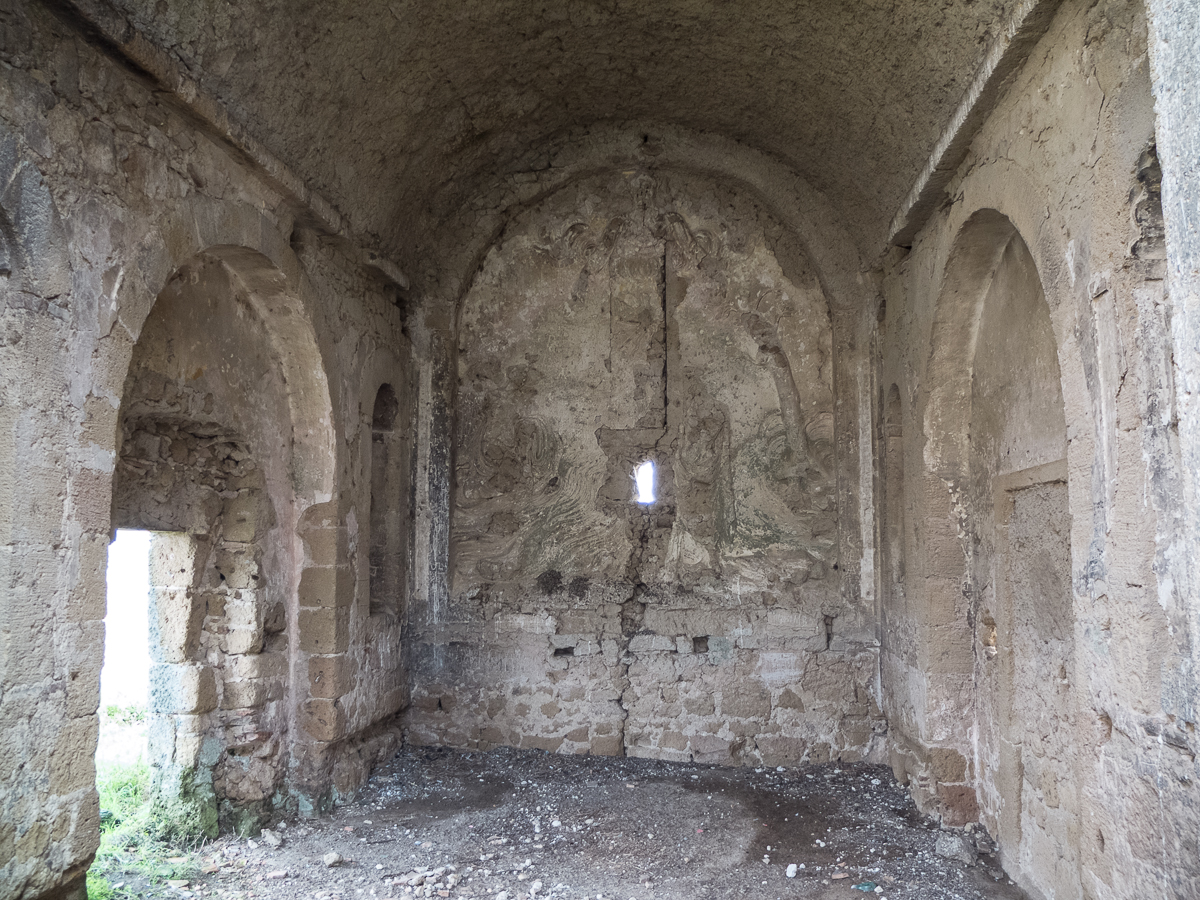 The roof over the chancel has survived, as have some frescoes and even some stucco sculpture. There even seems to be some blast damage, a reminder that the war passed through here in 1944. All in all the church of San Lorenzo Vecchio is a miracle in itself, of survival. 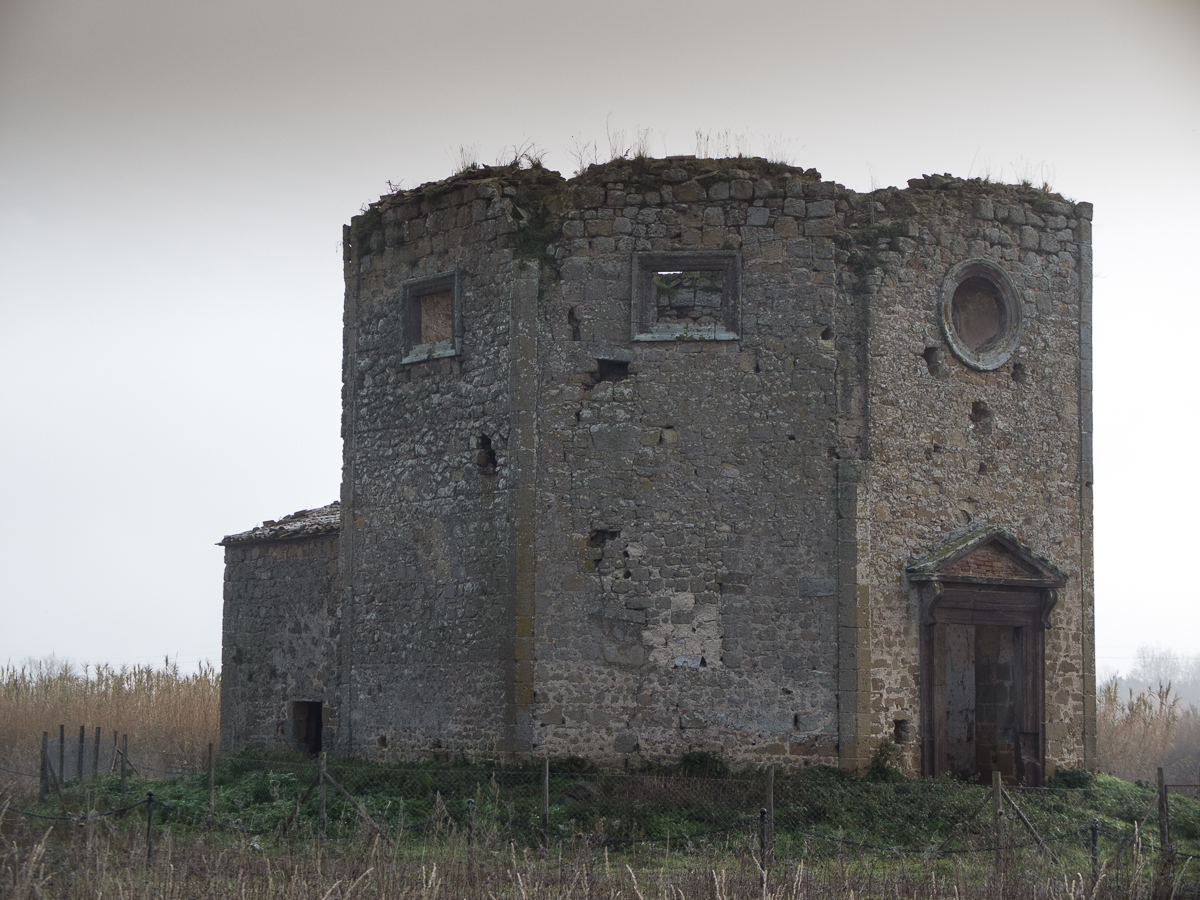 The charm of the place lies in its desolate remoteness among the swamps near Lake Bolsena. However a quite useless fence was erected in 2012, and mock cast-iron lamp-posts were scattered about. A case of European Union largesse being sprinkled  on ostensibly worthy projects perhaps? It would not surprise me if some over enthused local politician were to raise European Union funds to erect a concrete roof, re-stucco the building and spray paint it his mistresses’ favourite colour of tasteful pork pink. It would not be the first time. 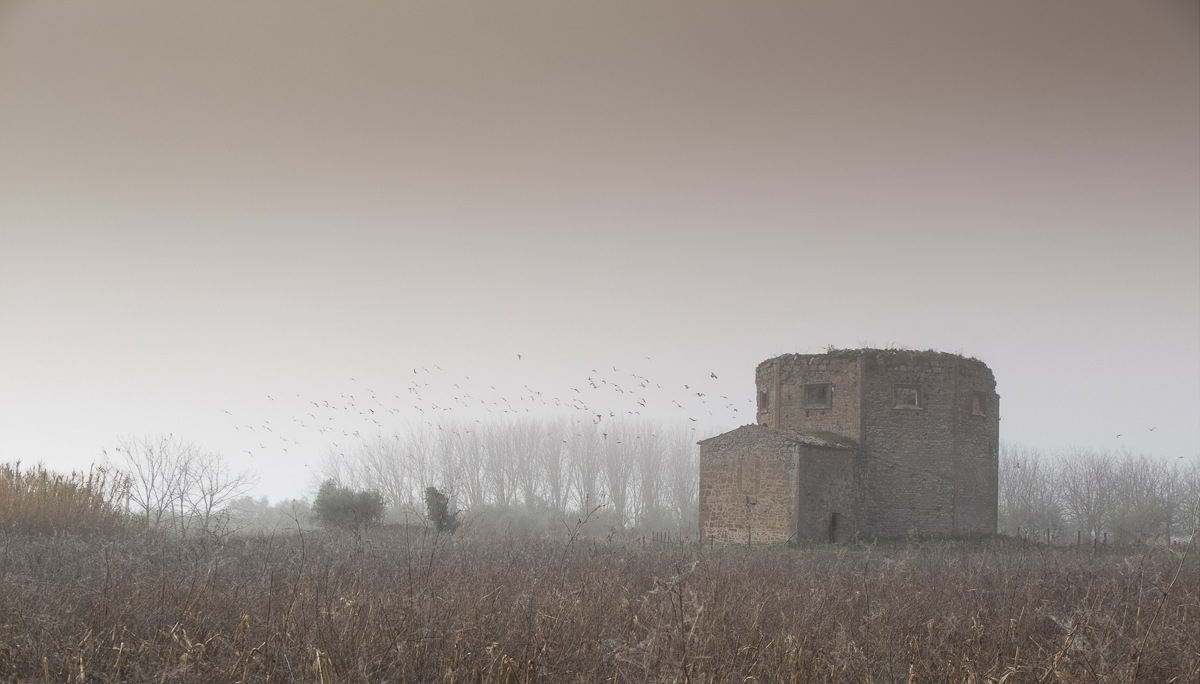 St John the Baptist’s has a lugubrious beauty in winter

May festival at Lake Bolsena, Italy

Start the summer with Camera Etrusca’s Barabbata Festival Workshop with led by patrick Nicholas. Held every year on May 14 on the shores of Lake Bolsena. This joyous festival with pagan origins has colourful floats drawn by men and animals through the picturesque fishing village (the womenfolk just cast blossom from the balconies) is held to mark the beginning of summer.
As usual we would like to offer a discount to all the people that want to start the summer season with us.

Contact me for any detail about the photo courses, about your stay and itineraries. We can always find a custom solution if the one out of the box does not suit your needs.